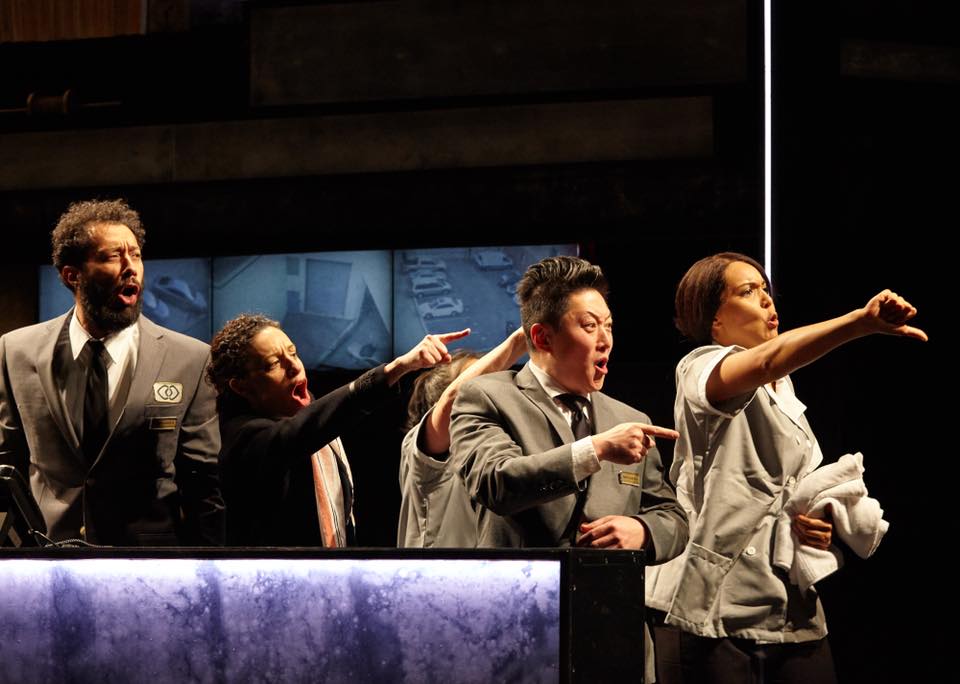 By Susan Soon He Stanton
Directed by Dámaso Rodríguez

Documentary-style theater is not a genre I am well-versed in. It very well may be that I have missed out on a preponderance of strong examples, but the only play that springs to mind readily is Moises Kaufman’s The Laramie Project. Like that play, Stanton’s we, the invisibles employs personal anecdote, newspaper articles, interviews and creative nonfiction devices to educate on and proliferate the significance of important social issues. In the case of invisibles, the anchor is the real-life alleged rape of a maid named Nafissatou Diallo by infamous former International Monetary Fund Leader Dominique Strauss-Kahn.

Stanton writes herself as the central character, Susan (portrayed by Rinabeth Apostol), and creates what begins as an autobiography of how she left the world of publishing to work as a manager of a luxury hotel in New York City. From there, Susan, desperate to cling to her playwriting aspirations, begins to interview the cosmopolitan employees of the hotel. She aims to tell the stories of the invisibles, the employees of the hotel who are so good at their jobs that they remain unseen. Throughout this quest, Susan becomes aware of Diallo’s case, and the playwright becomes obsessed with learning the truth of the encounter and exposing it to bring about the downfall of DSK and others like him.

The result is a whirlwind of recollection and reportage. Tricia Alejandro, William DeMerritt, Rebecca S’Manga Frank, Emily Kuroda, Kurt Kwan, and Luis Moreno round out the remainder of the cast, each playing a multitude of roles including the invisibles, random hotel guests, DSK and Diallo, and other chance encounters. Each character’s appearance in the play, however brief, is memorable and marked by the actors’ strong performances. The assembled cast is also remarkably diverse, underscored by the fact that while each actor plays a character of their own race, each of them also plays characters of different race or gender.

This parade of characters would not be possible without the hard work of Kara Harmon (Costume Designer) who manages to keep the pieces simple enough for quick changes yet discernable for an audience member to keep up with who’s who. That’s a skill. The set is also the most elaborate I’ve seen in the Victor Jory. Like Harmon, William Boles (Scenic Designer), Gina Scherr (Lighting Designer), and Jake Rodriguez (Sound Designer) work in tandem to make something seemingly simple that can transform into a whole other place or time in the blink of an eye.

If I were to nitpick, there were opening night hiccoughs with some line flubs, incomplete costume changes and small issues with set changes. While I feel I should mention them, I also feel that it is important to note that they did not distract whatsoever from what I think is the most ambitious and deftly written play in the Festival. The final scene is short but displays Stanton’s command of theatrical economy and the power of letting how a person survived and flourished mean more than their previous trauma. If you are attending the Festival to witness the raw strength of new plays, if you only have time for one, make sure it is we, the invisibles. 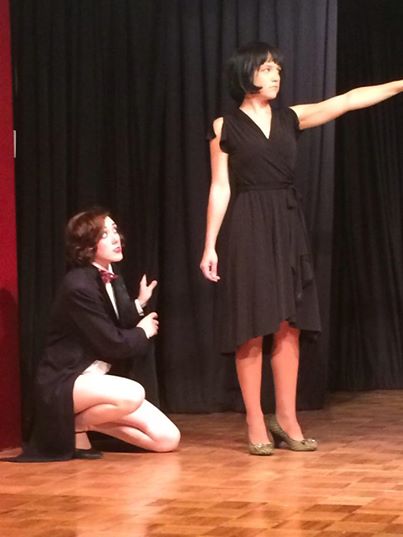