Written and directed by Vidalia Unwin

We may all be broken in some way. It may be difficult to face, which doesn’t make it any less true, but some people carry damage so deep and embedded as to result in self-destructive behavior: alcohol and substance abuse, self-mutilation, and, at the extreme, suicide. Dramatists have explored these tendencies ad infinitum, yet the theme has yet to feel exhausted because we continue to embrace our heart of darkness.

Vidalia Unwin examines a young artist named Iris (Leslie Renee); whose dour, affectless demeanor and appetites for drinking and cutting herself express her firmly rooted discontent. Her friend Vivian (Hannah Connally) is loyal but a carouser who almost certainly avoids confronting her own reckless alcohol abuse. Iris is recently excised from a relationship with an addict, while Vivian is happily committed to Jonnie (Lena Gale), a woman who is a perfect match in temperament for the colorful and irrepressible Vivian.

Iris becomes involved with Drake (John C. Collins), on the surface a congenial and thoughtful man who is revealed to be an unctuous, manipulative, “mansplainer”. Another male character is an Angel (Josh Rocchi) who hovers around Iris like an unremitting male chauvinist pig, but who nevertheless appears to have Iris’ best interests in mind, however cruelly they are expressed.

Unwin circles her story carefully, but perhaps with too much wariness. There is an imbalance in the writing that results from too much time spent with Vivian and Jonnie. That imbalance is reinforced in the playing, with Hannah Connally’s forceful and determined portrayal of Vivian. Unwin gives her character such wealth of spirit and humor, and Connally brings her alive with fierce energy tempered with just enough discipline. Lena Gale’s Jonnie is not as individual a character, but Gale works very well with Connally to establish a compelling portrait of a couple caught in the throes of young love/lust. Both the characters and the actors are joyfully simpatico.

Leslie Renee correctly captures the sullen self-absorption of Iris, but her performance reflects the academic nature of how the text breaks down Iris’ history and motivation. The character’s depth simply doesn’t register as emotionally as it should. John C. Collins builds a heartfelt veneer of decency and compassion for Drake so that we feel suitably betrayed when it drops. Josh Rocchi provides the roughest, most profane Angel that I can recall, and does effective double duty as a confused pick-up in Vivian’s apartment that illustrates Unwin’s flair for comedy and sharp dialogue.

I am familiar with Unwin’s past work, and there is never any shortage of good ideas and meaty scenes, but there is always a sense that the writer is overburdening her plays by trying to pull in too many ideas. Broken Iris is by far the most disciplined work from the still-developing talent, yet it is still weighed down by this issue. I am sure writing scenes for Vivian and Jonnie must have been a blast, the rapid, barbed exchanges clearly a strength for this writer, and those moments were hugely entertaining, but they feel at times as if we have been pulled in from a different play.

The play wants to do well by Iris, but a good deal of her behavior felt grounded in cliché. Whatever the playwrights experience and/or acquired understanding of the place Iris occupies, she hasn’t found the character’s more unique voice yet. There is a lean and economical script of merit within Broken Iris that is struggling to emerge into the world. I hope Ms. Unwin will keep working towards its discovery.

Part of the 2018 Louisville Fringe Festival – running through July 22at three venues. For a full schedule of events:facebook.com/LouFringeFest 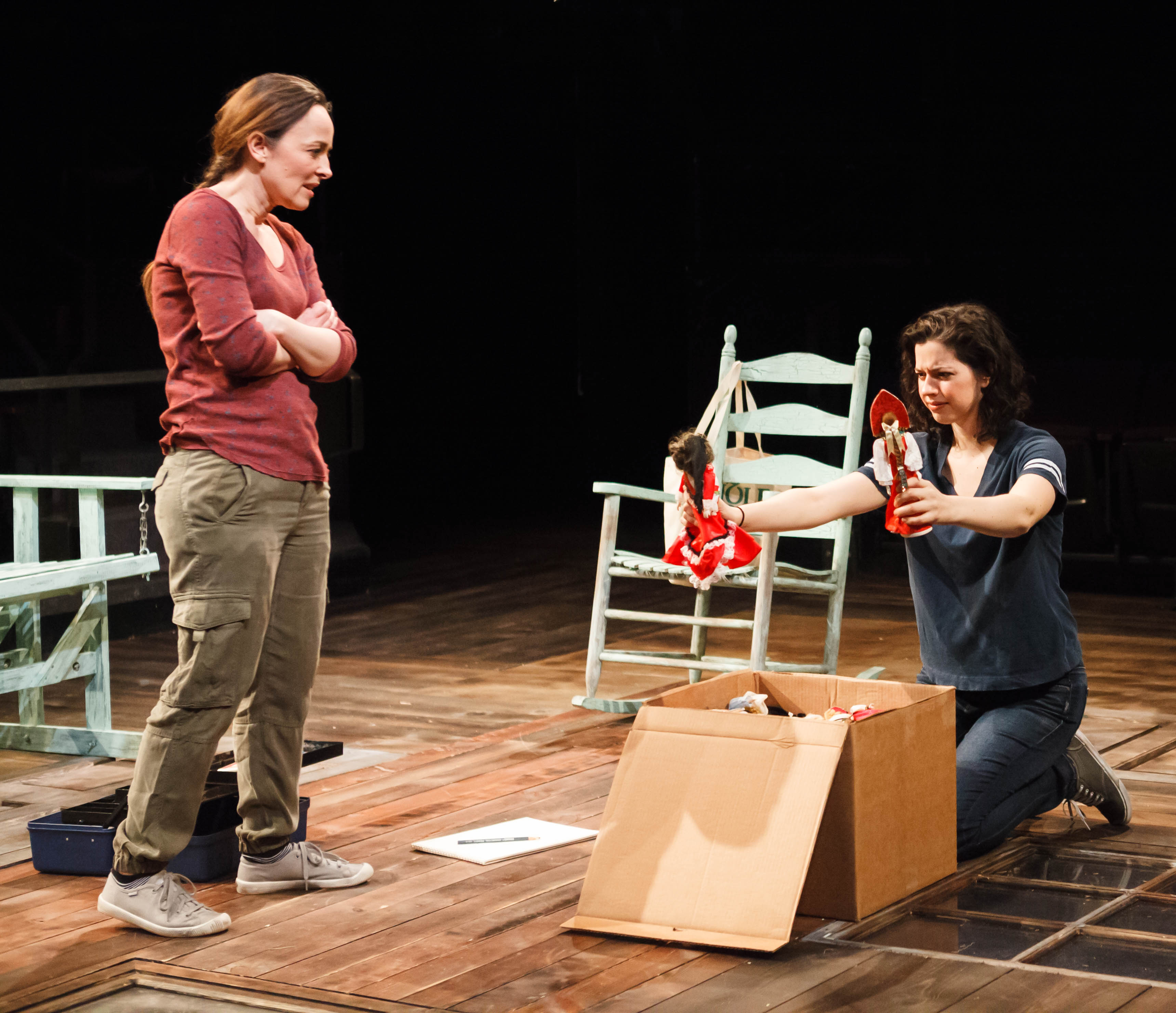