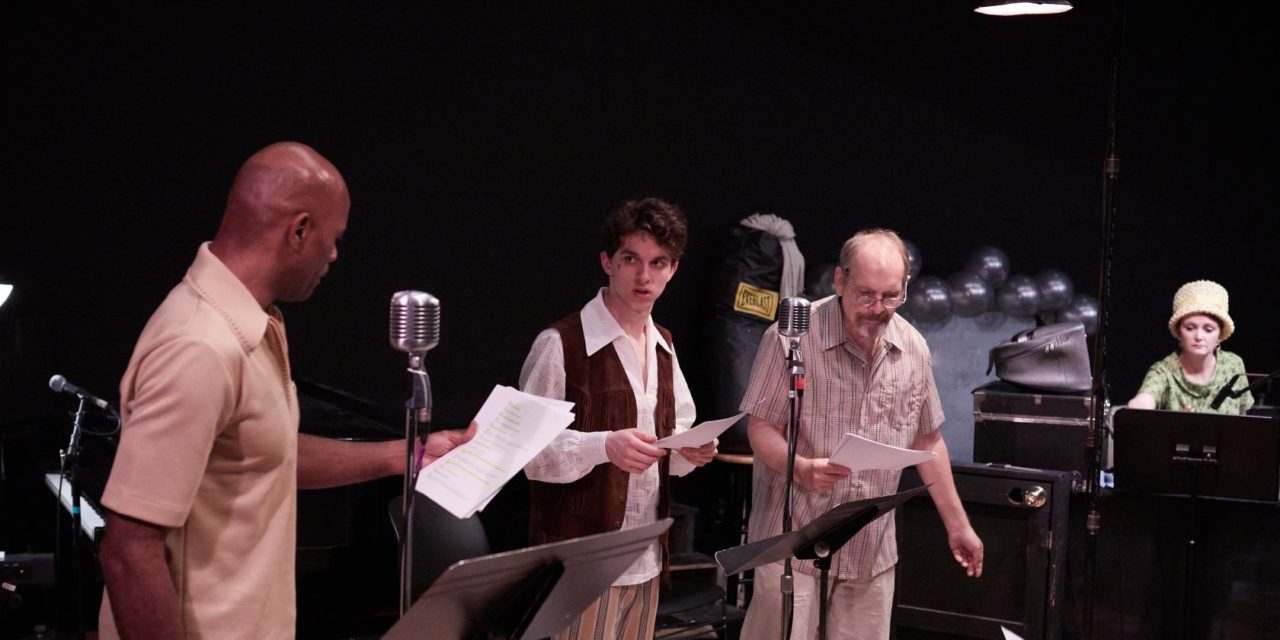 Night of the Living Dead: A Radio Play

It seems difficult to imagine now, but there was once a time when zombies were not ubiquitous in the cultural landscape, but relegated to a handful of old B grade horror movies set in Haiti. Then along came independent filmmaker George A. Romero in1968 with his extremely low-budget cult classic, Night of the Living Dead. Two sequels eventually followed but it took more than 10 years for the living dead to really become a cottage industry. Now we have parodies, Shaun of the Dead is the best, and stories sensitively exploring the identity confusion of having become a zombie.

By now, I only care about a zombie story if it offers something fresh, and this production is both a callback to the greatest zombie movie of all time and an unorthodox aesthetic approach to a genre characterized by excessive and graphic eating of human flesh.

The story is simple. A group of people barricade themselves inside a house against a growing number of zombies outside who are trying to claw their way in to eat unspoiled human flesh. Barbara (Laura Ellis) and Ben (Dathan Hooper), strangers to each other, are a sharp contrast. She is a middle-class White woman panic-stricken after she and her brother were attacked, and he is a Black man who remains clear-headed and rational, while she falls into hysteria and near-catatonia, he takes charge and plans an escape.

Casting an African American as the lone heroic figure was still a controversial choice in1968, and maintaining that casting here is essential and still relevant 50 years later. Ben and Barbara discover another group of people sequestered in the basement comprised of the selfish and argumentative Harry Cooper (Jon Huffman), his wife Helen (Abigail Bailey Maupin), and their unseen child, and Tom (Matt Street) and Judy (Ellis again).

Attaway thoughtfully translates the material from gritty, unglamorous black & white movie to eccentric radio theatres using scene descriptions from the screenplay as the basis of a creepy narration delivered by Gregory Maupin with appropriately dispassionate tones. Following last year’s production of War of the Worlds, Night of the Living Dead is a more personal story, an intimate confrontation between survivors of a zombie apocalypse reflecting social and political issues of the 1960s. Even in the bloodless radio drama format, we are reminded that Romero’s story can seem downright conservative compared to some of the undead excess that we take for granted now, but it positions Night as more suitable for radio than Romero’s sequels Dawn of the Dead or Day of the Dead.

The sound effects are executed with ingenuity and more satisfying visceral impact than last year, with the only fault being the consistent repetition of knocks and hammering when a more random approach would seem appropriate.

Gayle King provides some an atmospheric keyboard score that mostly echoes iconic soundtracks from horror film history with an unexpected but sly use of the signature theme from The Rifleman at a key moment. Ms. King also was adept in a cameo as a scientist interviewed on television.

The cast was excellent, with most playing multiple roles while exchanging sound effect duties. Jon Huffman kind of steals the show as the irascible Mr. Cooper, fully exploiting the luck of the lines: “You just sit there then, stewing in your own juices!” And while it was great fun to watch the actors enact the radio format in Donna Lawrence Downs’ 1960s wardrobe – Abigail Bailey Maupin’s Marlo Thomas hair and knee-high white boots were the grooviest, I kept closing my eyes to gauge the interaction of sounds as if they were issuing from a radio speaker. Caitlin McGlade of the Kentucky Center for Investigative Reporting took on a radio broadcaster’s voice with not unexpected professionalism.

The invaluable pre-show entertainment from Gayle King and Ms. Ellis featured popular songs updated to match the undead motif and was described by the latter artist as, “the only 30 minutes of zombie-themed lounge music in Louisville” (and perhaps anywhere in the world). The pun-filled set was fun but my favorite was Ms. Ellis’ jaunty rendition of The Cranberries’ classic “Zombie” which isn’t really about the undead but the “troubles” in Northern Ireland.

Night of the Living Dead: The Radio Play

Thursdays through Saturdays at 7:00 PM; Sundays at 2:00 PM; Special Halloween performance at 7:00 PM 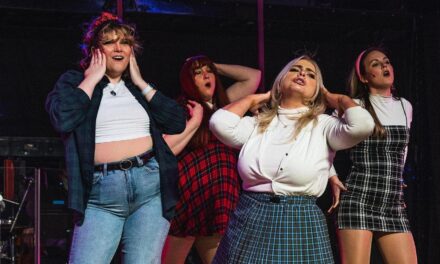 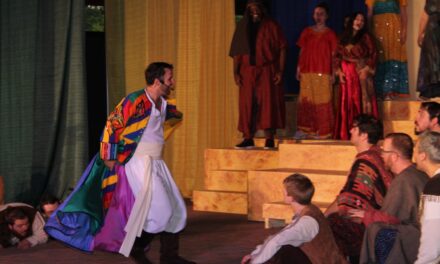 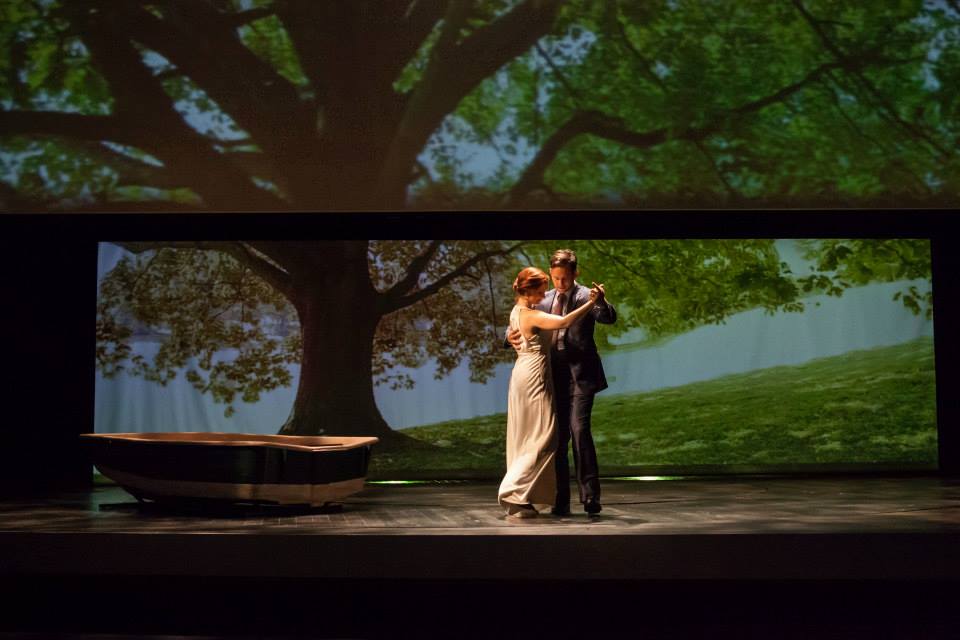 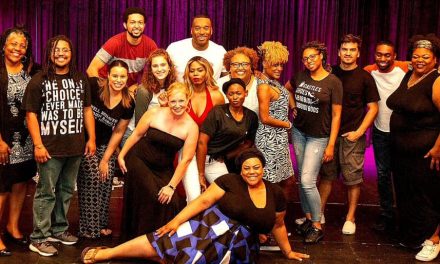