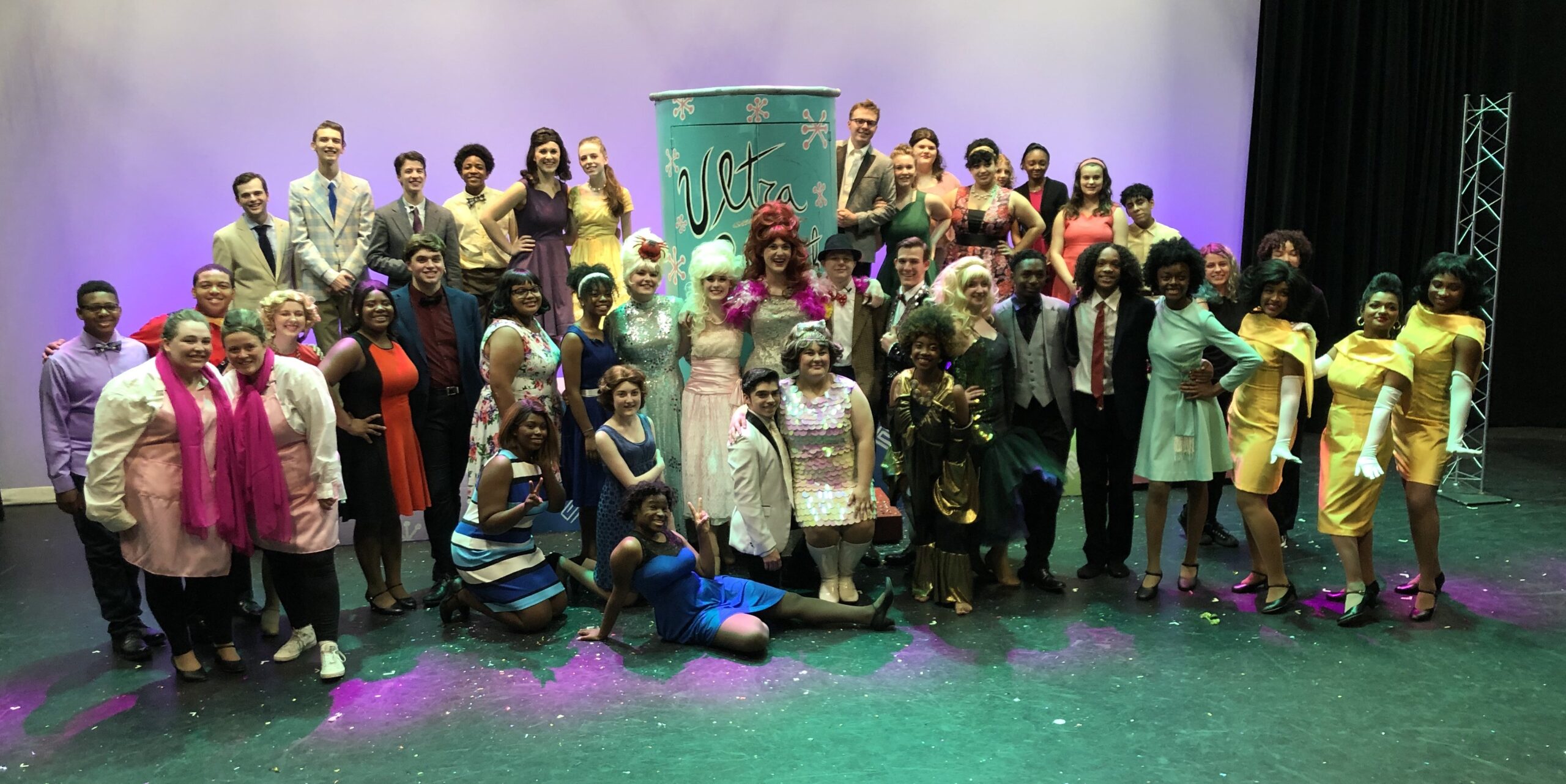 The line between student and professional gets more than a little blurred in this production of Hairspray, wherein a bunch of talented and energetic young people delivers a highly entertaining 2 hours of theatre.

John Waters’ original film was adapted as a stage musical that won several Tony Awards in 2003. Set in Baltimore in 1962, it tells of overweight teenager Tracy Turnblad (Emily North) who would give anything to be on The Corny Collins Show, a local dance party broadcast. Open auditions for a replacement dancer give her that chance, although the extremely popular Amber Von Tussle (KG Bouvier) whose mother Velma (Tess Rutherford) produces the show, are dead-set against it. The generous spirit of Male heartthrob Link Larkin (Matthew Cook) and the savvy of host Collins (Allen Harbold) allow it to happen anyway.

But Tracy’s fresh dance moves are really what seals the deal, and they have been learned from Seaweed J. Stubbs (Bryson Sands), a Black teenager who is only permitted on the show when the monthly “Negro Day” rolls around.

The translation of the story has effectively maintained the themes of equity and inclusion so that Hairspray remains relevant today, but the show is upbeat and positive about society’s ability to change for the better. That the central character leading the charge is white avoid being the “White Saviour” trope precisely because of that perspective and that the book takes the time to develop the people and culture of the Negro neighborhoods of 1962 Baltimore.

Wearing its social conscience lightly means the show can stay focused on entertaining us, and the score is impossibly infectious. You would have to be made of stone not to tap your feet during this thing. The wireless microphones were spotty in their coverage, but for the most part, the cast seemed strong of voice and several of the performers were heard easily without the amplification.

Chief among them was Alex Dawkins as Edna Turnblad, Tracy’s mother. The role is always played by a male and was originated by legendary drag queen Divine, so Hairspray manages to touch on gender equality as well. Dawkins crafts his own singular take on Edna that never quotes the famous renditions of the past. Just as important is Taylor Lockhart’s Wilbur Turnblad and his devotion to his wife and daughter. When he and Edna sing “(You’re) Timeless to Me”, it’s not the best number in the show, but it has a goofy tenderness and important subtext.

Emily North is a terrific Tracy and as her best friend Penny, Bekah Buckman steals almost every scene she is in with detailed comic invention. KG Bouvier as their nemesis, Amber, is deliciously vapid and conceited and Bryson Sands is easily charismatic and can move like nobody’s business as Seaweed.

Several kids play adults, and they do so with little fuss about aging makeup or anything much but some costume choices and an ability to find their character with confidence. Tess Rutherford as Tessa Von Tussle and Shauntrice Wilson as Seaweed’s mother, Motormouth Maybelle Both occupied the space of adult authority with ease, a clear contrast of ruthless control and nurturing mentor. And Allen Harbold is delightfully slick but fair-minded as Corny Collins.

To single others out becomes a challenge with an ensemble this good, but Olivia Allen displayed extra amounts of style and energy as Inez, Seaweed’s sister and Ja’Naye Flanagan was a highlight in small roles as a Prison Matron and a member of The Dynamites, a singing trio ala The Supremes.

Movement is key in this show, and the choreography by Zachary Boone and Maggie Patten is lively and fast-paced. Hairspray‘s plot demands a catalog of classic dance steps, but it also needs the entire ensemble to dance, and that can be a challenge with such a large range of age and experience. You can see a little less skill and confidence around the fringes, but all of the principals look pretty good, and Boone & Patten deploy their best dancers strategically to give emphasis where needed. And with this many bodies entering and exiting, what they have managed here is no small feat.

Redline’s Hairspray was so much fun, and the fact that it was an audience undoubtedly filled with family and friends is certainly a factor in how it was received, but there was no need for the lame compliment of “I just don’t know how they do it!” that is overheard in the lobby of countless student performances. These kids had abundant talent and inexhaustible energy and provided as good a value as any professional company might have offered with this show. 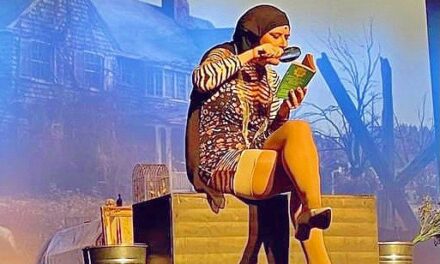 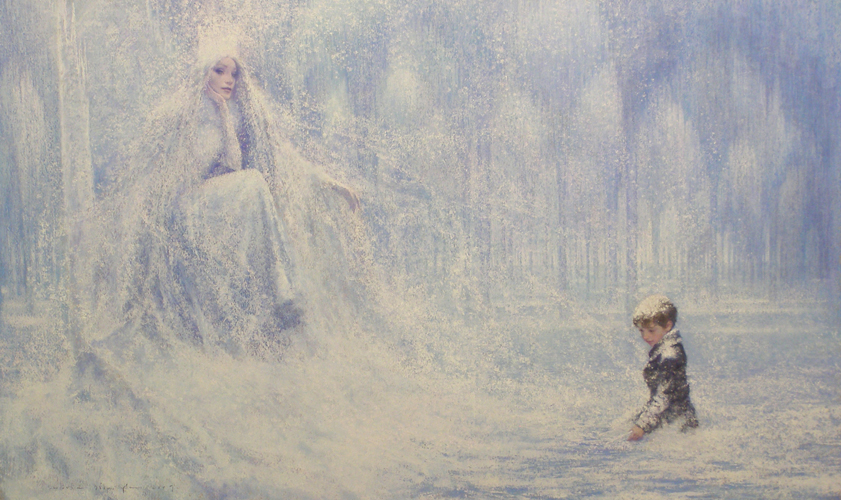