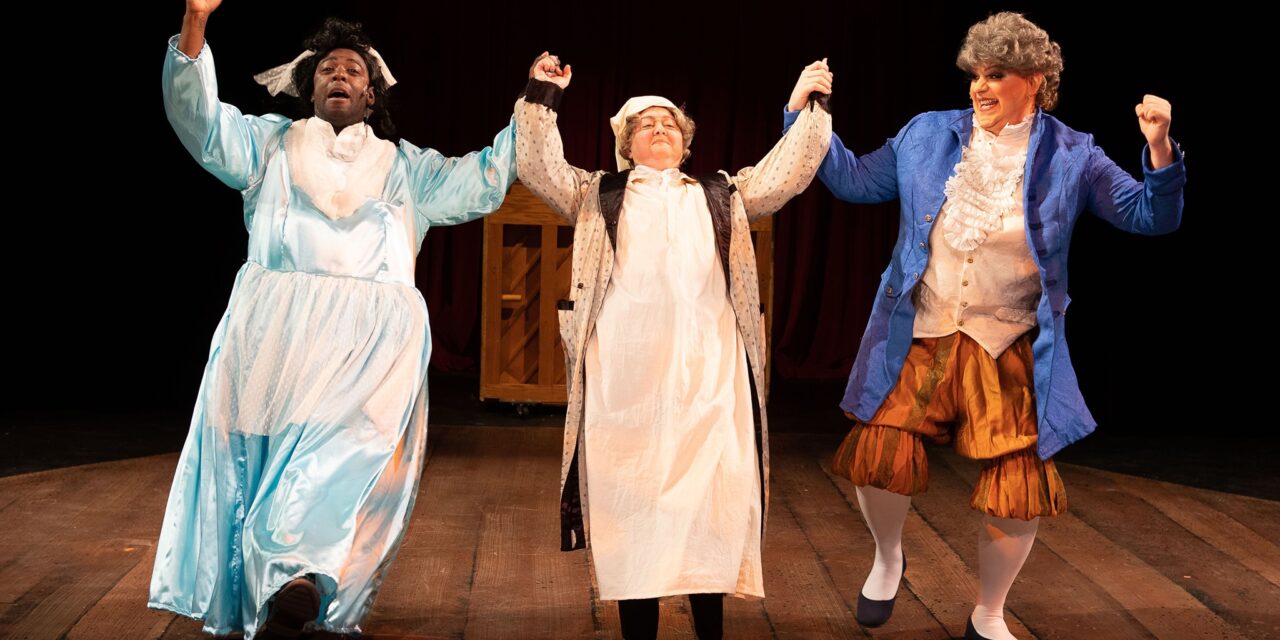 November brings holiday perennials; The Nutcracker is just around the corner but a traditional staging of A Christmas Carol is missing this year, so if you need a taste of Dickens and embrace irreverence, Scrooge in Rouge might fill the bill.

The familiar plot of Ebenezer Scrooge’s redemption on Christmas Eve is here rendered as a play-within-play, performed by a scant trio of actors and one accompanist on the piano in a late-18th century English music hall. The English actors are decidedly less than first-rate, and they sometimes are a little lost on what and where they are supposed to be, with many an “improvised” aside to the audience.

The show’s creators also explicitly invite gender blind casting, hence the “rouge “ of the title. Director Michael Drury has picked Kristy Calman to play Vesta Virile/ Ebenezer Scrooge, and she is dry and crusty as both, Tony Smith to play Charlie Schmaltz/Bob Cratchit, Fred, various others in a sometimes dizzying flurry of costume changes, and May O ‘Nays as Lottie Obligatto, who essays most of the female characters but is especially delicious as the Ghost of Christmas Past and others that visit Scrooge. Russell Cooper is Musical Director and plays the score with great effectiveness while contributing some humorous character business along the way.

The script in the first act confidently establishes the eccentric premise and goes about the business of telling the Dickens tale with just enough fealty, albeit with an endless parade of non-sequiturs and enough puns to fill a Victorian steamer trunk. After the intermission, act two kicks off with a completely silly musical number that has absolutely nothing to do with the plot, a fact acknowledged with a nod and a wink by the music hall performers. In fact, most of the evening is delivered with a nod and wink, from the music hall characters but in a few instances, it seems to come from the actors themselves.

The set (Karl Anderson) is simple to a fault and the costumes deliberately cliche which makes it a challenge to call out the design team, and how good can we judge the choreography (Molly Kays) to be when the performers’ movements are intended to be “unsophisticated”? So while nothing is flashy it all seems right for the circumstance. Tony Smith’s expertly baggy trousers betray the thoughtfulness behind the Victorian shabby in Susan Neeson Toy’s costumes, and the rapid changes as Smith and Nays leap in and out of multiple roles emphasize the everything-not-quite tucked-in-and-fastened aspect of the comedy.  Suffice it to say that the entire team delivers appropriately, even if it means you take little notice of some of the work.

If you are searching for a clear-cut LGBTQA+ theme to explain Pandora doing this show, besides the obvious allusion in the title, the creators of the show state no gender requirements for any of the casting, just that Lottie have a good singing voice. Nays delivers on that count in fine fashion, and all three principle players engage in various degrees of gender bending, most notably Calman as Vesta/Scrooge and Nays as Lottie. Nays is a drag performer whose true identity I was able to suss out so that their adroit ability in this kind of enterprise makes perfect sense. But I will leave you to discover that on your own.

All of which makes Scrooge in Rouge more than just a ribald period yuletide hoot. It is as much about theatre and the many layers of identity that can exist on one stage as it is about the avalanche of vaudevilleesque one-liners and brief but memorable musical numbers. If holiday shows are not your bag – and I know I have limits for how much Christmas cheer I can digest each year – this might just be the perfect mix of joyeux noelle and tart irony. 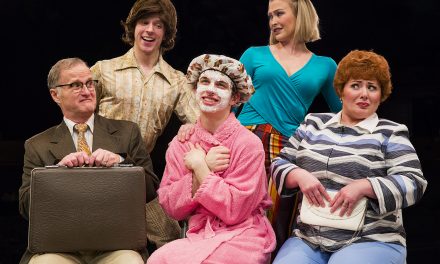 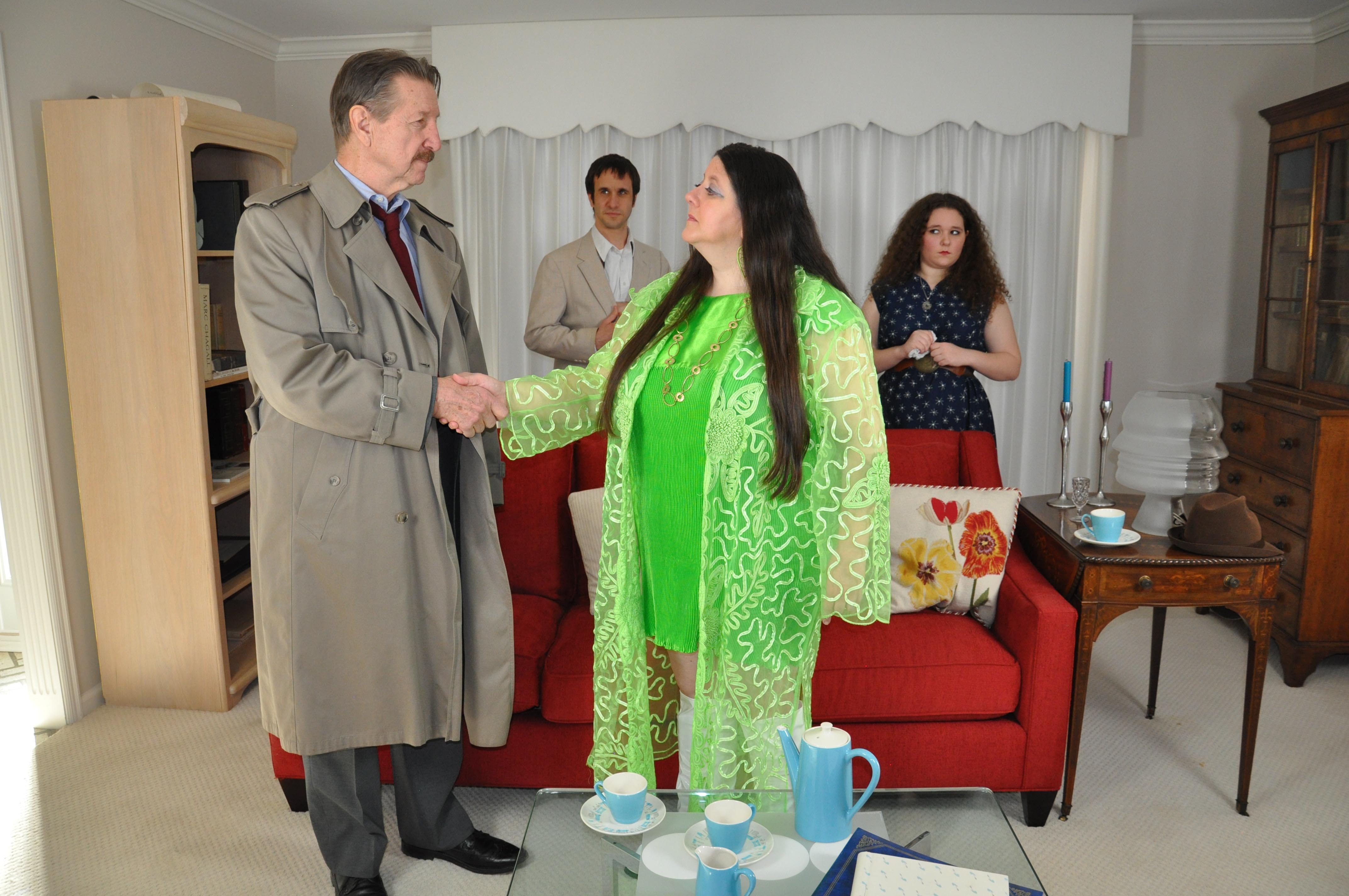 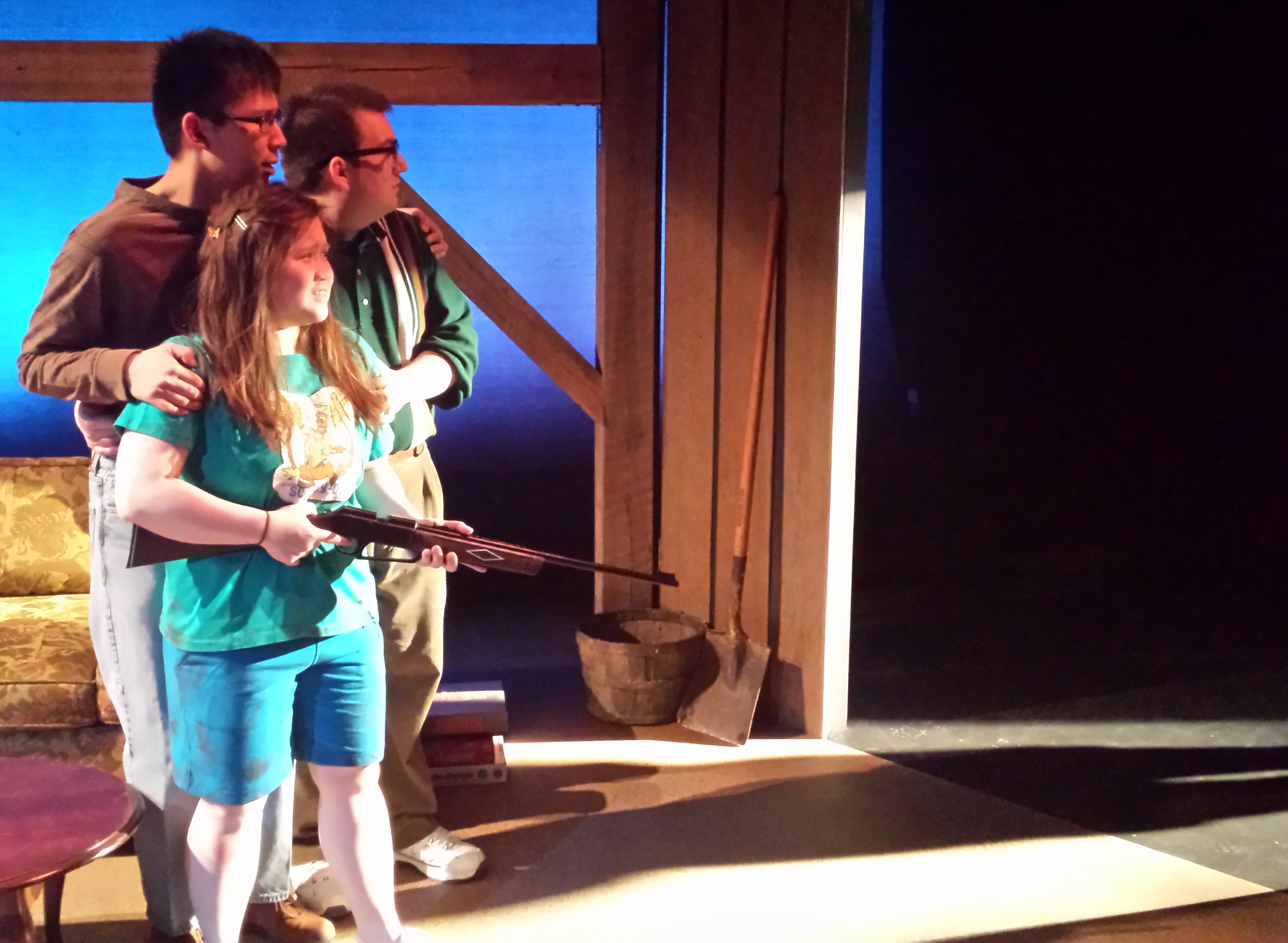 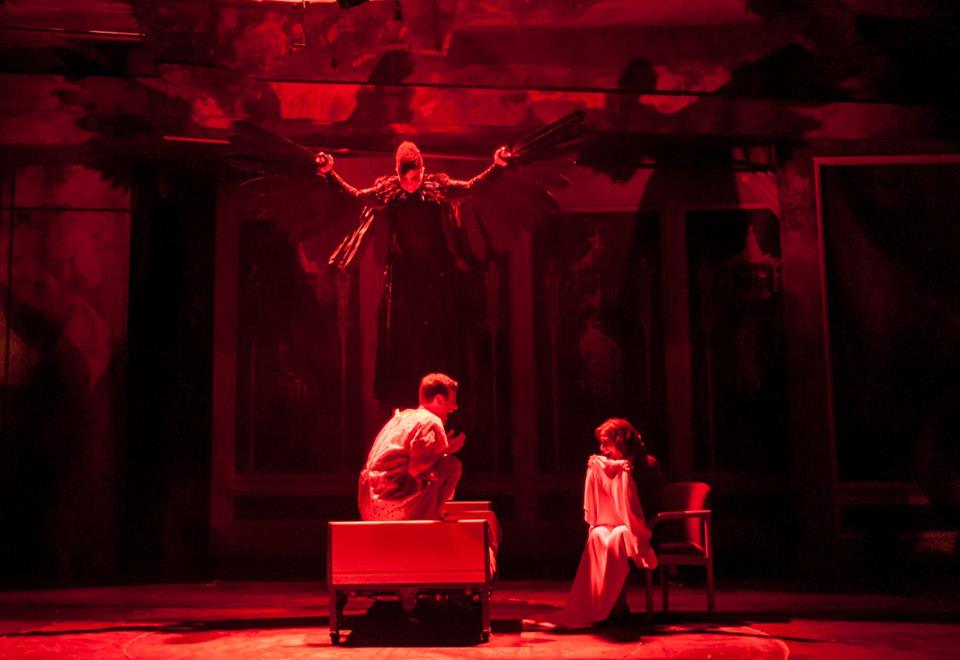