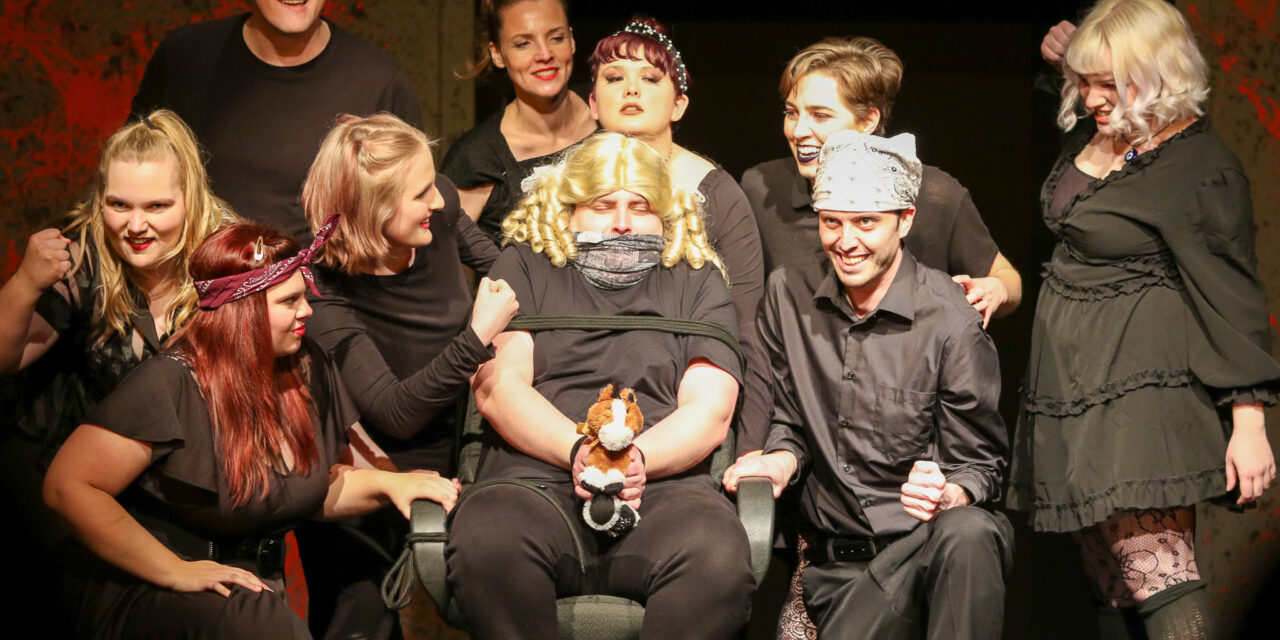 An Evening with Broadway’s Greatest Villains

A good idea bears revisiting. It can be fertile ground creatively. Kathy Todd Cheney staged a previous iteration of this concept a few years ago and has now returned with updates in material and a larger stage. The larger stage is not always a benefit for the several solo, intimate performances in the early going, but Cheney soon fills it with talent and energy.

Freeing a series of musical numbers from the narrative demands of their source also excises the motivation and commitment of that context. Instead of a developing story and the building of fully realized characters we are thrut immediately into a scenario with little or no explanation. Who is the young girl bound and gagged in “Snuff That Girl” and why has she been kidnapped? And why should we care?

The truth is we don’t. The lack of context gives the us the freedom to safely identify with the villain, or at least the unsavory impulse being entertained, without consequences.

And the trick of making these numbers impactful apart from the original shows lies in the choices; most of these songs can stand alone because they are well written, and Cheney has used an occasional bit or piece of dialogue to frame the action. But a song like “Dentist” from Little Shop of Horrors needs only the common fear of the dental drill to connect to the audience.

But it is also important to have an ensemble who can commit to the shifting tone and energy of such a format. Dressed almost entirely in black, and working against a painted backdrop whose splashes of red suggest a piece leftover from a production of American Psycho, the 15 cast members acquit themselves admirably. Cheney being an experienced choreographer, it is no surprise that they all move well in the space, and their singing voices, while ranging slightly in quality and projection, hold up well without the benefit of microphones. And when a voice is not so strong, they all know how to put a song across.

Richard Ryan opens the evening with “Everybody’s Got The Right” from Stephen Sondheim’s Assasins and his well-trained voice and measured delivery sets a good  standard for the rest. Cheney neatly uses the song to frame and introduce the concept and ends with a suitable reprise. Rebecca Brewer and Neil Brewer are talented and professional beyond their years, and naturally stand out, but faces that were new to me measured up almost to that level; Lillie Weber was a fierce and intelligent performer whose finest moment may have been a duet of “Have A Little Priest” (Sweeney Todd) with Ryan. Mark Merk and Julia Mikulec have a lot of fun with another Little Shop tune, “Feed Me” (Mikulec playing Seymour underscores the production’s freedom with gender) and John Trueblood brought his fey eccentric humor to King George III in Hamilton’s “You’ll Be Back” and “King Herod’s Song” from Jesus Christ Superstar. We expect Mr. Trueblood to be funny and he was in particuarly good voice but he showed me something more leading a rendition of “Madame Guillotine” (The Scarlett Pimpernell) that had such a nice, edgy force the hair stood up on the back neck.

There were some timid moments among the less experienced performers when they were not the focal point but each was given the opportunity to rise to the occasion with more confidence. And not every choice landed so well. Melissa Bowen’s “Whatever Lola Wants” (Damn Yankees) felt a little thin without the extended bravura choreography it was intended to bookend.

But Cathy Ryan was a force of nature singing “Poor Unfortunate Souls” to the titular character of The Little Mermaid and, even though she wasn’t the one singing, Ash Zorn found her best moment as a plaintive and charming Ariel.

An Evening with Broadway’s Greatest Villains 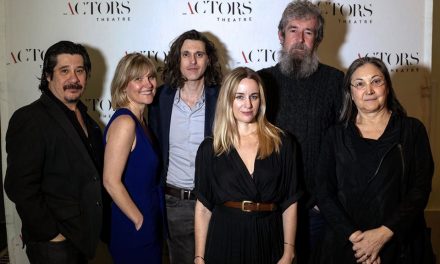 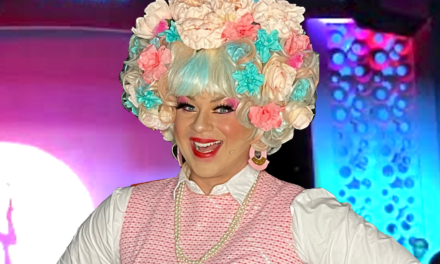 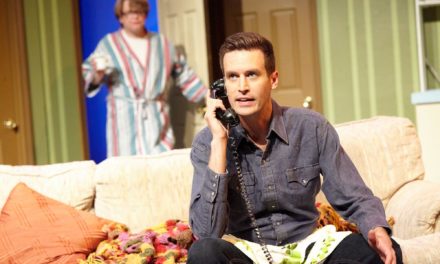