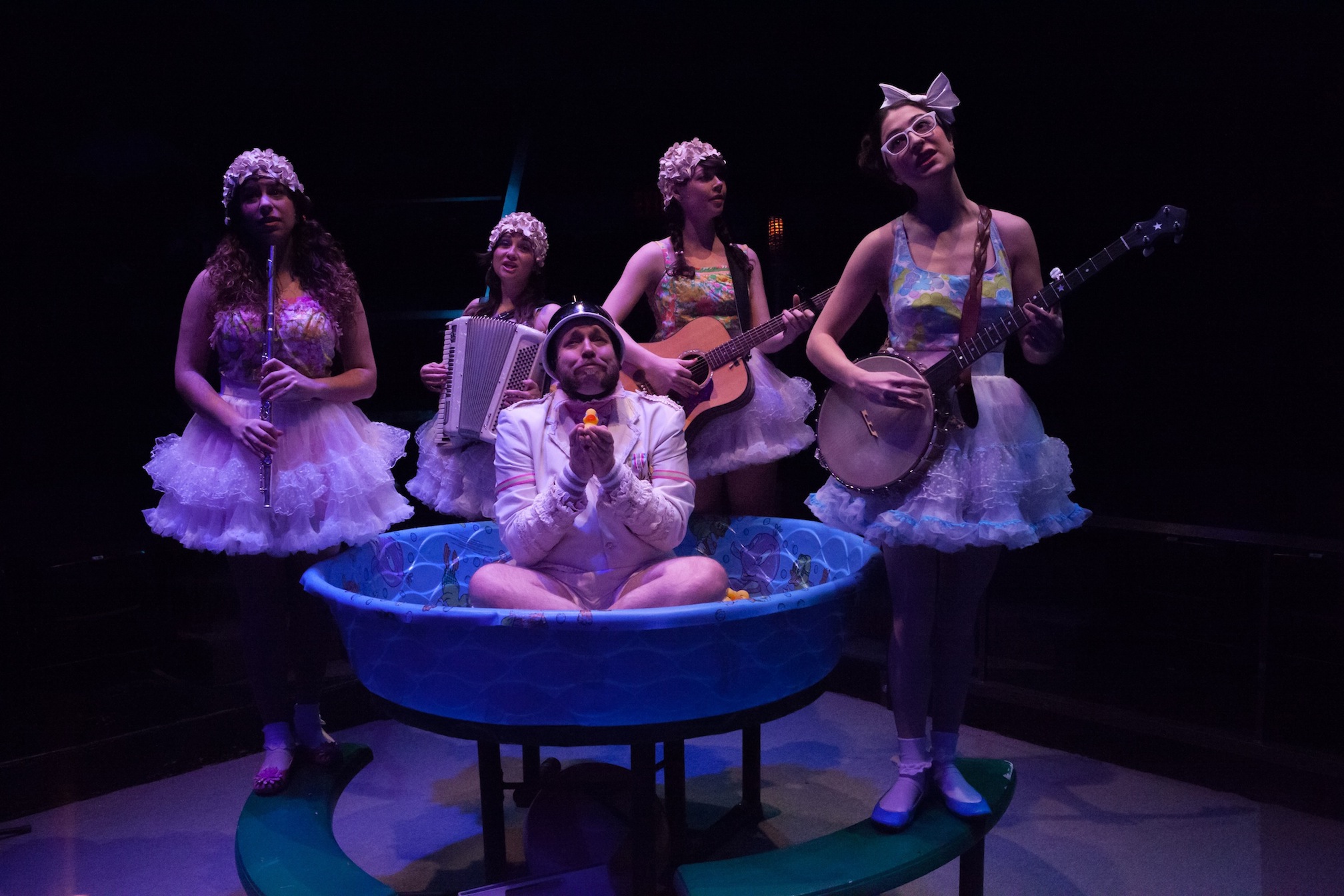 A Review by Kate Barry

The city of Louisville was certainly hit by some freezing temperatures this week. With all of the talk about polar vortexes and ice, it really makes you want to get away to a warm climate where you can throw a beach ball around and put on your favorite pair of shades. This get away is closer than you think. Actors Theatre of Louisville is currently hosting a downright enjoyable production of The Pirates of Penzance produced by the Chicago based-Hypocrites. I assure you, any thoughts of frost bite and cold quickly disappear upon seeing this spectacle of song and pirates.

In this re-telling of the Gilbert and Sullivan crowd pleaser, the Hypocrites have fused together an interactive improvisational concert performance that will permanently etch a smile on your face. The cast skips around the stage with instruments in hand, carefully hitting every comedic beat while avoiding fingers of on-stage audience members. Using acoustic instruments creates a new life for this perennial favorite. As Frederic, Zeke Sulkes channels a modern-day neo-folk singer while holding onto the essence of the traditional operatic character’s desire for love and affection. Christine Stulik divides her talents equally between Ruth and Mabel. Whether she’s playfully plucking her banjo in her tutu and pigtails or intruding in the affairs of pirates with her giant sunglasses, flipper and accordion, Stulik’s presentation of these female archetypes is refreshing and clever.

As for the rest of those tenderhearted pirates who never seem to capture and pillage, these musical actors provide some of the best moments within the play. Donning a long cigarette and aviator sunglasses (no doubt homage to a local hero in Gonzo journalism), Robert McLean packs an energetic punch as the Pirate King. McLean and the other pirates fuse the wit of Gilbert and Sullivan’s lyric with just the right amount of campiness for songs like “With cat like tread” and “Oh better far to live and die.” But it’s the Major General Stanley played by Matt Kahler whom you should keep your eye on. Kahler’s Major General is a major ham who keeps the clever word play quickly tripping off his tongue.

It is truly difficult to say anything critical about this production. From entering the beach party atmosphere to the final words in the libretto, this performance has everything for an entertaining evening of theater. With The Hypocrites’ production of The Pirates of Penzance at Actors Theatre, you really can’t go wrong. 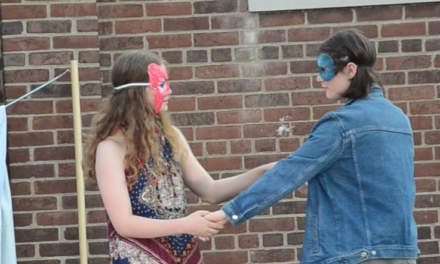