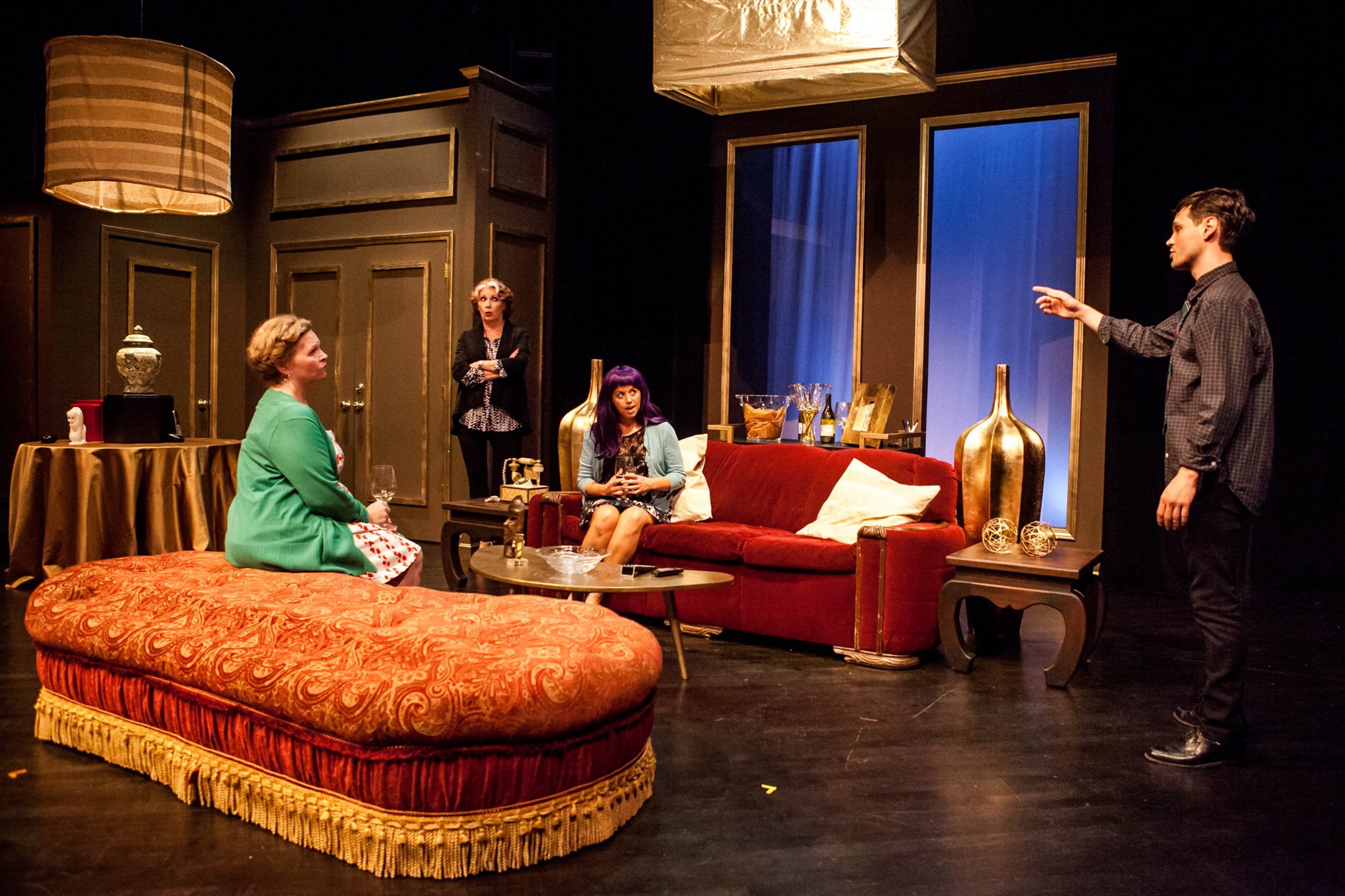 Victoria Stewart’s Rich Girl is loosely based on The Heiress, the 1947 stage adaptation by Ruth and Augustus Goetz of Henry James’ 1880 novel Washington Square; but watching this production from Theatre [502] it seemed entirely of today. Perhaps it speaks to the timelessness of James’ work that it can serve as the underpinnings of a play that relates to the audience so directly. The immediacy of Rich Girl makes it feel like a new movie or TV series that is the talk of the water cooler.

Claudine (Sarah East) is the awkward daughter of Eve (Susan McNeese Lynch), a wealthy and famous financial advisor and media star (think Suzi Orman). Maggie (Jennifer Pennington) is Eve’s personal assistant but is fiercely loyal to both mother and daughter. But a meeting with Henry (Neil Mulac) and old classmate seeking funding for his fledging theatre company, sparks a romance that will introduce upheaval into their lives.

The first act is riotously funny and engaging, with a love story that is sweet but also complex in its impact. That act two takes a surprisingly dark turn is foreshadowed well enough but still stings because the connection to the audience has been so well established by the text and the performances.

The uncertain Claudine is played by Sarah East in a careful balance between the actor’s dynamic talent and the requirement to chart one character’s journey from needy vulnerability to embittered resignation; Ms. East buries her light just enough to find the truth of the wallflower. Susan McNeese Lynch also faces the challenge of maintaining sympathy for a fairly ruthless and domineering mother who purposely calculates emotional distance from her daughter. She does it, in part, by having the luck of the lines and delivering each one with sharp timing and acerbic flavor, but she also finds the heart of Eve’s calculating soul in what may be this actress’ best work.

Maggie, Eve’s assistant, is also developed enough as a character to make this assuredly a great woman’s play, and Jennifer Pennington’s boundless energy and humor makes the role sing. Neil Mulac steps into Henry with enough confidence to hold his own with a fourth complex role.

There is also exemplary design work in the strikingly high-toned NYC apartment set (no credit is given except for Jeff and Lindsay Chamberlain for Fixture Construction) and the costumes by Candace Lawrence. They get the look of Rich Girl just right.

Stewart’s script refuses to settle for cliché or contrivance in its examination of the shifting dynamic among this quartet, and it tells a very specific story that touches upon how women survive and thrive in a the heady, modern world of business, finance and media. The play carries this feminist subtext lightly; preferring to cast the plot is highly personal terms. In other productions, critics have characterized the shift from comedy to melodrama as uneasy, but director Gil Reyes handles the transition with aplomb, leading his very capable cast with a sure hand.

Early in play, there is a joke about “metatheatricality” that, given Theatre [502]’s history, gains an added level of irony, in that Rich Girl is uncommonly traditional in its writing compared to this company’s usual taste for edgier forays into post-modernism. Yet good plays are good plays not for fancy tricks and self-referential commentary, but for telling a story with a solid foundation of ideas, and Rich Girl is certainly that. 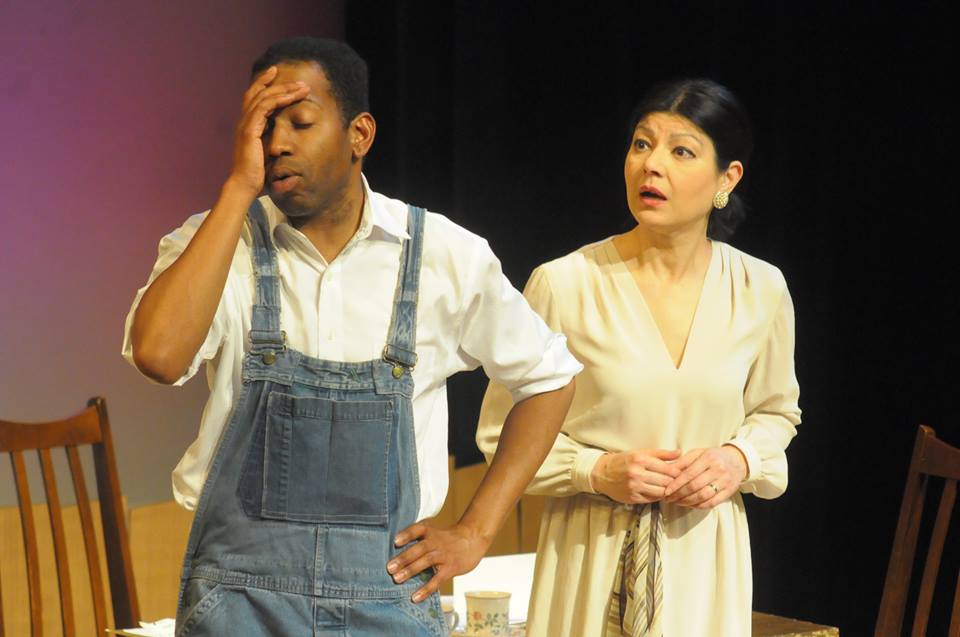 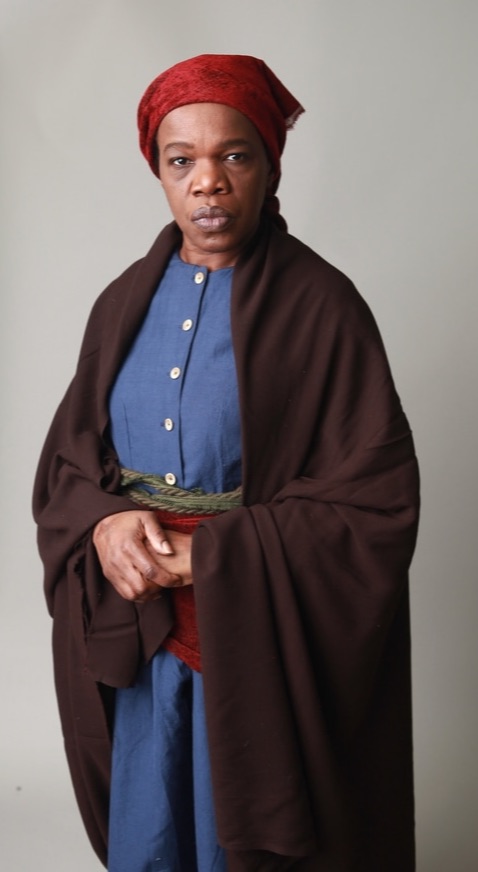