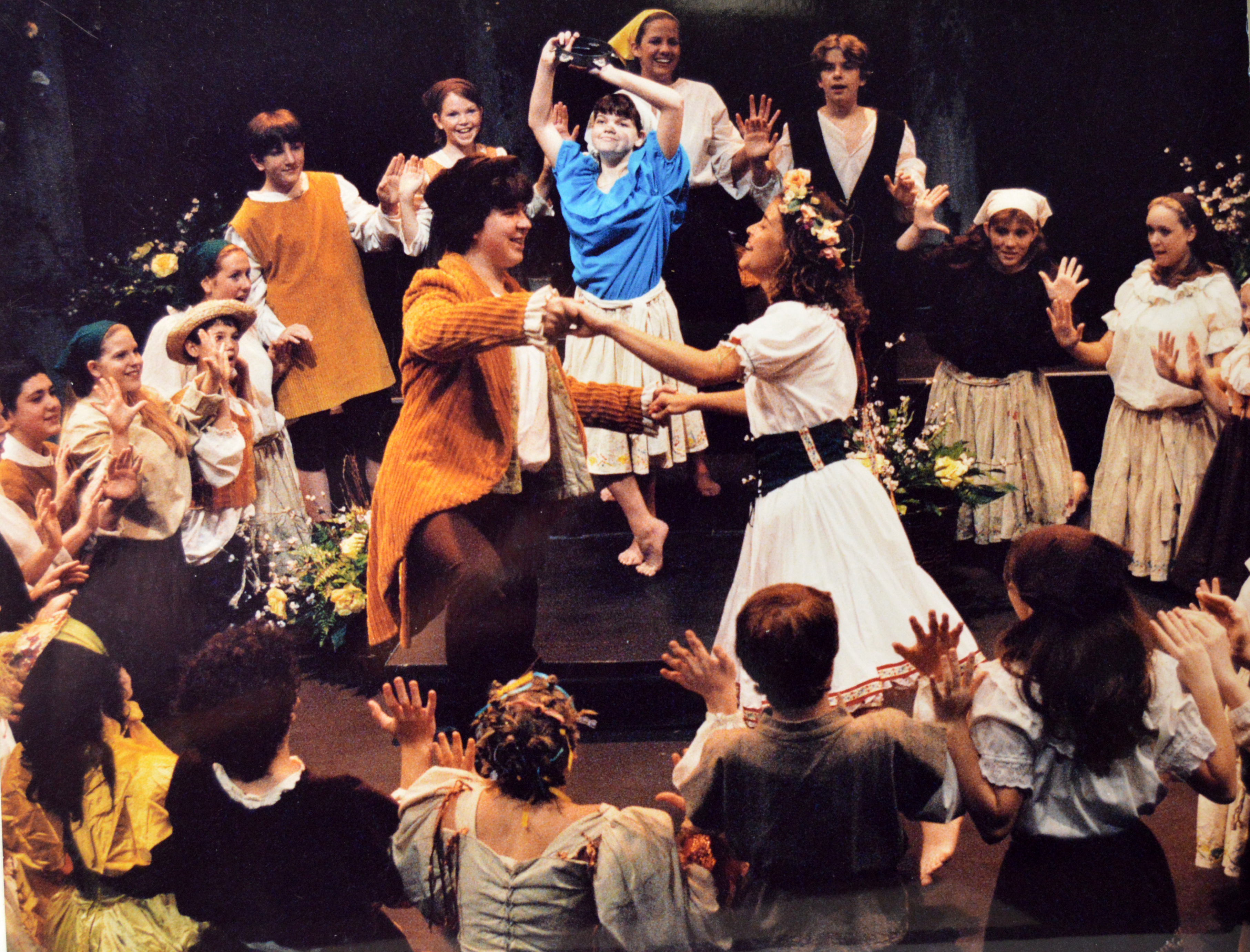 From the 1999 production of The Winter’s Tale.

“When you have experienced ALL of Shakespeare’s plays, you know more about him.” – Heather Burns 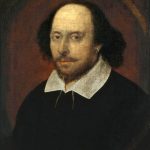 When Commonwealth Theatre Center (CTC) opens William Shakespeare’s Henry VIII on May 13, it will join the ranks of only a handful of companies who have mounted full productions of the entire Shakespeare canon of 38 plays, and become the only youth conservatory in the world to have accomplished it.

In 2006, Artistic Director Charlie Sexton directed Measure for Measure as a part of that season’s Young American ShakespeareFestival, and he realized that Walden Theatre (rechristened Commonwealth Theatre Center after a 2015 merger with Blue Apple Players) had produced all but a dozen or so of Shakespeare’s plays.

It suddenly dawned on him that completing the canon was a worthwhile and attainable goal. It would require using staff in some roles, a concept called “space teaching” that had been passed on by his mother, Walden Theatre founder Nancy Niles Sexton. With that objective in mind, the 2007 season included the company’s first production of King Lear, which featured J. Barrett Cooper, then an instructor in the program, in the title role. Along with an all-female rendering of Troilus and Cressida, another first production, it was the first step in carrying out the plan.

The distaff casting was nothing new for Walden, whose student company has always contained more females than males, but it underscored one of the problems in pursuing the dream. “We had never done several of the histories,“ explains Sexton, ”which can have as many as 30 or more male roles, and as few as 2 female characters. They’re a challenge to cast.”

Why is it important to complete productions of these 38 plays? For CTC, it just seemed remarkably natural. “Shakespeare is the foundation of our training,” Sexton reminds us, “…it always has been.” In fact at least one of his plays has been a part of the company’s performance schedule each and every season since they started with A Midsummer Night’s Dream in 1976. Besides Henry VIII and King John, this year’s Festival is rounded out by a fresh take on Midsummer directed by Sexton, who appeared in that first staging more than 40 years ago. It brings the journey through Shakespeare for CTC full circle and reinforces the heart of the company’s education mission.

The CTC curriculum demands serious investigation into the historical and social context of plays and exploration of character and narrative, which creates an imperative in addressing the histories, particularly as pertains to the less frequently produced plays such as Henry VI Parts 1-3, King John, and Henry VIII, and that lack of familiarity has contributed to their reputations as being among the weaker of his output. 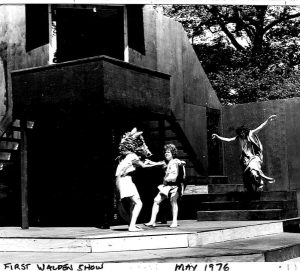 But Sexton sees ample rewards in these less popular titles. “Eight of the plays Walden had not produced were histories, and six of them – Richard II, Henry IV Parts 1 and 2, and Henry VI Parts-1-3 are all part of one long story that documents the War of the Roses.” Walden had managed to include Henry V and Richard III, the other two titles in that sequence, in earlier seasons. “Shakespeare is very open to adaptation, and its popular to change the period and location for his work, but for these histories, we felt it especially important to maintain the original settings. For an educational program, it was essential to get the historical elements right.”

Sexton will not be directing either of the histories previously absent from the repertoire, but will returning to one of the popular choices that had long been embraced by Nancy Sexton in the early years of the company’s history, A Midsummer Night’s Dream. It was the first full-stage Walden Theatre production of a play by Shakespeare, and a 14-year-old Charlie Sexton played Peter Quince. Filled with faeries and magic, it has always been popular, and Walden mounted it several times, including a particularly memorable production in the 1990’s that Sexton set in the flower-child era of the late 1960’s.

King John is arguably one of the least known of Shakespeare’s plays, and also one of the lesser-known English monarchs. “People know John from Robin Hood and the Magna Carta,” explains director Jennifer Pennington, a CTC instructor and highly respected actor who has worked with Savage Rose and Theatre [502], “neither of which are in Shakespeare’s play. John is impetuous, childish, and almost fiendish, but you like him! He’s irreverent and funny – he finds his actions perfectly reasonable.” 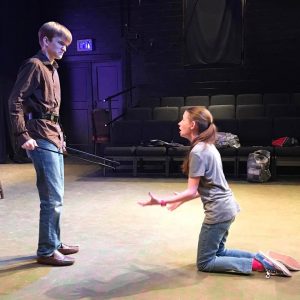 ”The play is full of wonderful, surprising and challenging roles: the Bastard for one, a character who has the ability to charm and arouse us with his social commentary; a non-evil but equally persuasive Edmund from Lear. According to Harold Bloom, The Bastard is the first role Shakespeare wrote that is human, and he is now my favorite character in the canon – until the next show that is!”

“In my early career as an actor, I did a Constance monologue and fell in love with this play then. The biggest surprise has been how much the students love working on this play. They bought in from auditions. I have been blown away by the performances these young actors are bringing into the rehearsal room. They really want to tell this story.”

Henry VIII is in the capable hands of Heather Burns, an experienced actor and director known for her work with the now retired Le Petomane Theatre Ensemble and Blue Apple Players. Burns, who joined the company as part of the 2015 merger with Blue Apple Players, finds that the often-overlooked Henry is filled with treasures. “There are several characters that have beautiful speeches – Duke of Buckingham (before his execution), Katherine of Aragon, and Cardinal Wolsey. Each one falls from grace with the King, and each one speaks directly about their experience. They are beautiful speeches. Katherine, in particular, has two speeches that are based on the words of the real Queen Katherine. Shakespeare dresses them up a bit, but you can do the research and see that he was being faithful to her. And she was a remarkable person.”

As a character, Henry VIII has been very popular, A Man For All Seasons, Anne of A Thousand Days, The Six Wives of Henry VIII, Wolf Hall, and The Tudors have all featured the larger-than-life King, but Burns finds Shakespeare’s take stands well apart from those more recent characterizations. “Most popular entertainment about Henry VIII is dominated by the six wives and especially Anne Boleyn. And for the purposes of entertainment, I think the vast majority enjoy leaning into the extremities of characterization – creating fully wicked or fully pious characters. William Shakespeare didn’t have the luxury of toying with these characters to shock audiences. The relatives of these characters were still living, and a playwright couldn’t just write the wrong doings of powerful people without consequences. So, most would assume it might intimidate Shakespeare and cause him to water down the play, but I think his approach is a very human one – craftily illuminating the flaws and the strengths of those people who made this part of history so vibrant.”

“People forget that the Pope once named Henry VIII ‘Defender of the Faith’. Henry VIII wrote a treatise against Protestantism early in his kingship. Even after his separation from Rome, he was still essentially a Catholic who had interrupted the direct authority of the Pope. The character of Henry in this play reflects the king who believed himself ordained by God and subject to pleasing God. The play allows that – showing a religious, superstitious, and dutiful king. But the play (and life) also allows that a religious, superstitious, and dutiful person can be on an errant path.”

Henry VIII is also one of the plays in which it is certain that Shakespeare is not the sole author (it was co-written by John Fletcher): “I think it will be noticed by long time fans of Shakespeare, says Burns. “People who have heard a lot of Shakespeare will have moments when they think ‘Hmm, that’s unusual.’  Even with the rarely performed King John the iambic pentameter is incredibly reliable and strong. But the meter in Henry VIII is wilder, wavering back and forth. The play was most likely written during the transition to Jacobean drama and it reflects that in many ways. While the rhythm may feel a little different, the words themselves are passionate.“

Most recently, Cincinnati Shakespeare completed the canon in 2014, and the four other U.S. companies that had already accomplished it are the Atlanta Shakespeare Company, Oregon Shakespeare Festival, The Old Globe in San Diego and The Shakespeare Theatre of New Jersey. In just a matter of days, Commonwealth Theatre Center will join that select group and fulfill Charlie Sexton’s goal of ten years. 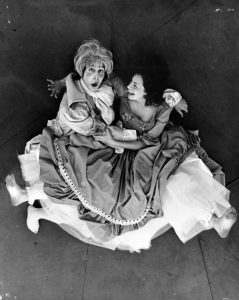 Donald Kimmel & Marquerite Lukes in As You Like It, 1980. 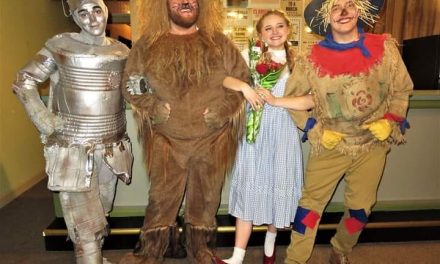 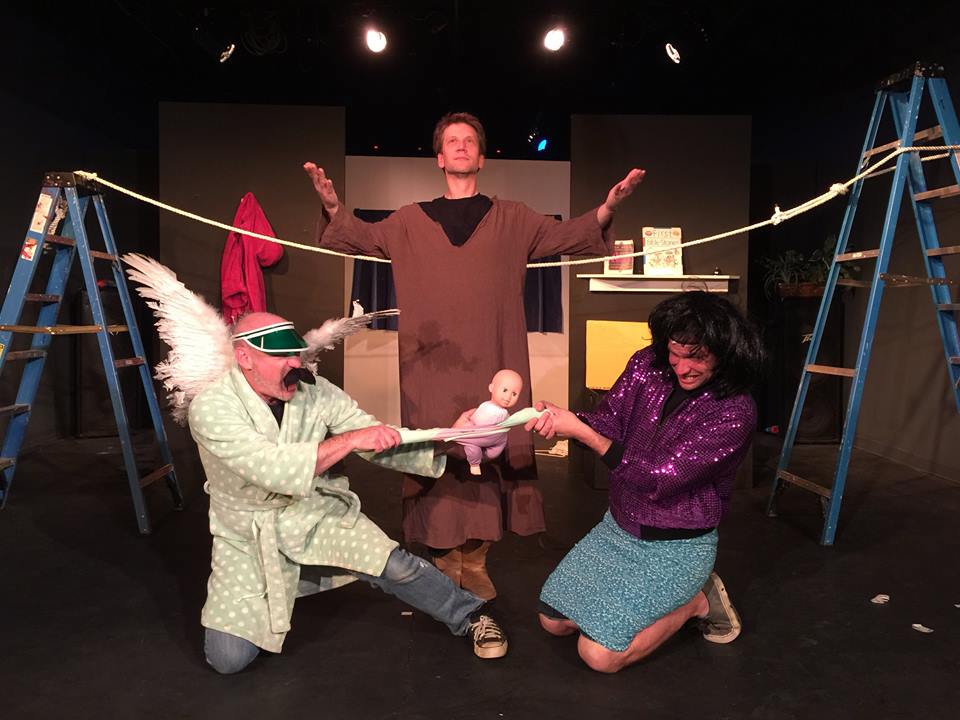 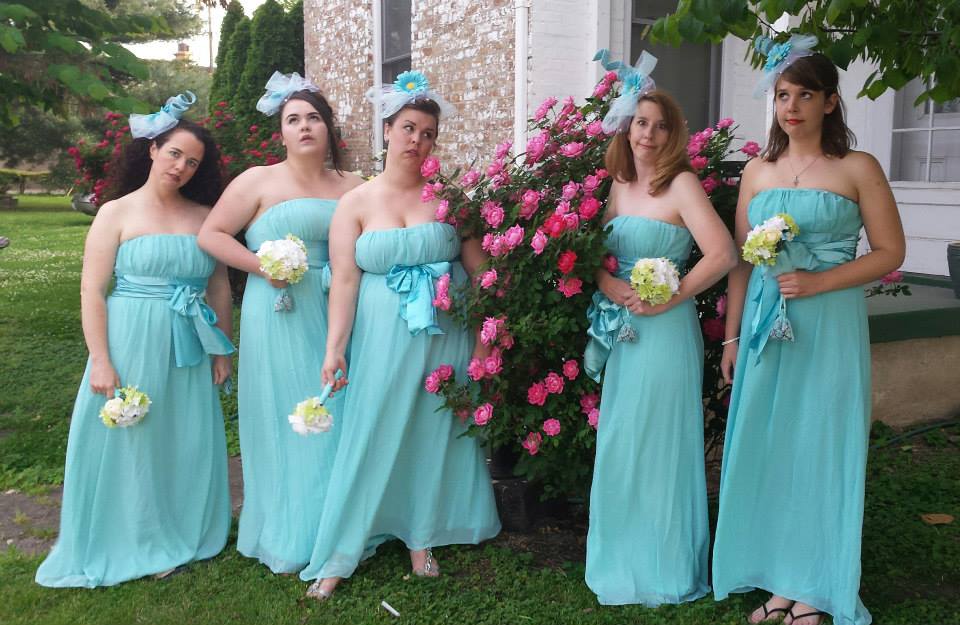 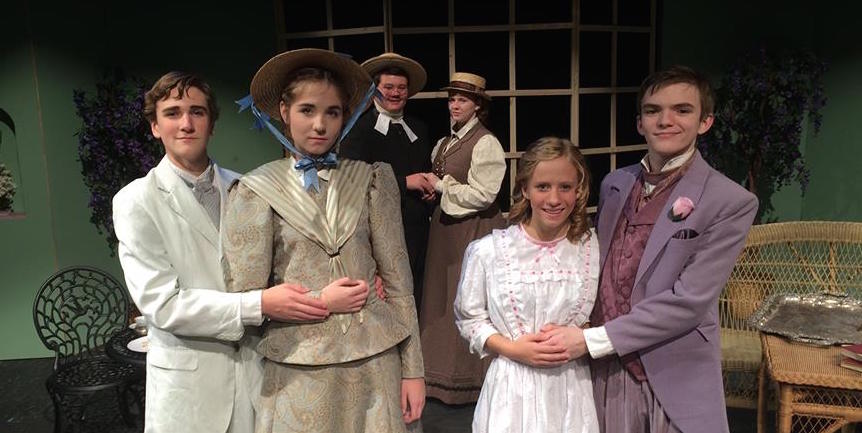