School of Rock is the latest in the never-ending trend of adapting popular movies into musicals, but unlike some of the odder choices in this sub-genre, the story of a group of prep-school kids learning to be a rock band under the tutelage of a 2nd rate slacker musician is a natural choice for the transition. The original 2003 film, directed by Richard Linklater, featured two songs performed by the young actors who played the students.

The stage production also features kids who play and sing for themselves, and it is a wise choice because they are irresistible. In fact, the show gets off to a sluggish start until the scene when the kids first rock out.

Julian Fellowes’ book – yes the same Julian Fellowes who wrote Downton Abbey, follows the scenario from the movie very closely. Dewey Finn (Rob Colletti) masquerades as his roommate, Ned Scheebly (Matt Bittner) for a gig as  a substitute teacher at Horace Green Academy with the purpose of picking up some quick cash to pay the rent. Once he finds out the kids have real musical talent, he schemes to shape them into a kick-ass band and compete in the local “Battle of the Bands.” He charms the stern, unyielding principal, Rosalie Mullins (Lexie Dorsett Sharp) to authorize a field trip as cover for attending the contest.

The interactions between Dewey and the kids is raucous and funny, but one of the strengths of School of Rock has always been the intelligent and well-developed foundation for the story, one that incorporates progressive educational theory under the guise of fomenting rock and roll rebellion. The blend of narrative elements works as well here as it did on celluloid.

Andrew Lloyd Weber seems to be slumming it a bit here – no epic, operatic story lines around which to build a grand, overreaching score. And much of the score is just slightly above average, although “Stick It To The Man” is a memorable power rock song that reminds you that this is one of the creators of Jesus Christ Superstar, and “If Only You Would Listen” is a forceful expression of the frustration felt by the kids, who feel their parents never really understand them. Rosalie also has a good second act number, “Where Did the Rock Go?” that touches on the loss of youth and passion that offers some explanation of why adults so easily misunderstand their children.

Anna Louizos’ costumes were correct and didn’t call attention to themselves, but her sets were marvels of quick-change ingenuity that moved and dropped into place with a wonderful fluidity. Each setting was reestablished with a minimum of fuss and beautifully illuminated by Natasha Katz’ lighting, intimate and focused for most scenes, but “rock show” garish for the climactic scenes.

JoAnn M. Hunter’s choreography is more character-based than flashy, although she lets the kids really cut loose with some limited but high-energy movements.

As is sometimes the case with the national tours in the Whitney, some lyrics got a little lost in the sound mix, especially among the chorus of kids. Some lighting cues also seemed to be getting ironed out during the performance.

Each of the young company members are solid actors, good singers, and expert musicians where applicable. They were nothing short of amazing, and they are what set this show apart from all others. The strongest are the band members: Vincent Molden as guitar prodigy Zack, Theo Mitchell-Penner as keyboard wizard Lawrence, Theodora Silverman as Katie, who is only slightly bigger than the bass guitar she has mastered, and Gilberto Moretti-Hamilton as keeper of the big beat, drummer Freddy. Grier Burke sings with a powerful voice as late bloomer Tomika, and as Summer, the band manager and largely non-singing role, Iara Nemirovsky was appropriately domineering and authoritative.

Rob Colletti was an outstanding Dewey, a rotund, schlubby presence who moved with unexpected grace and sure comic timing in his delivery. Tall and statuesque, Lexie Dorsett Sharp was so rigid as Rosalie that it was difficult to warm up to her, but it made it all the more fun when she did let her hair down late in the show and won us over.

The show still struggles to reconcile its strengths with some of the mediocre moments, but it does so with sure-footed comic playing and infectious juvenile spirits. The movie School of Rock was released fifteen years ago, before the kids on this stage were even born, and gave birth to a resurgence in rock-oriented musical instruction all across the U.S., which means that it may have helped inspire some of the skills on display among this cast. Onstage, School of Rock wins over audiences with the same quality of precociousness balanced with the rebellious voice of youth. 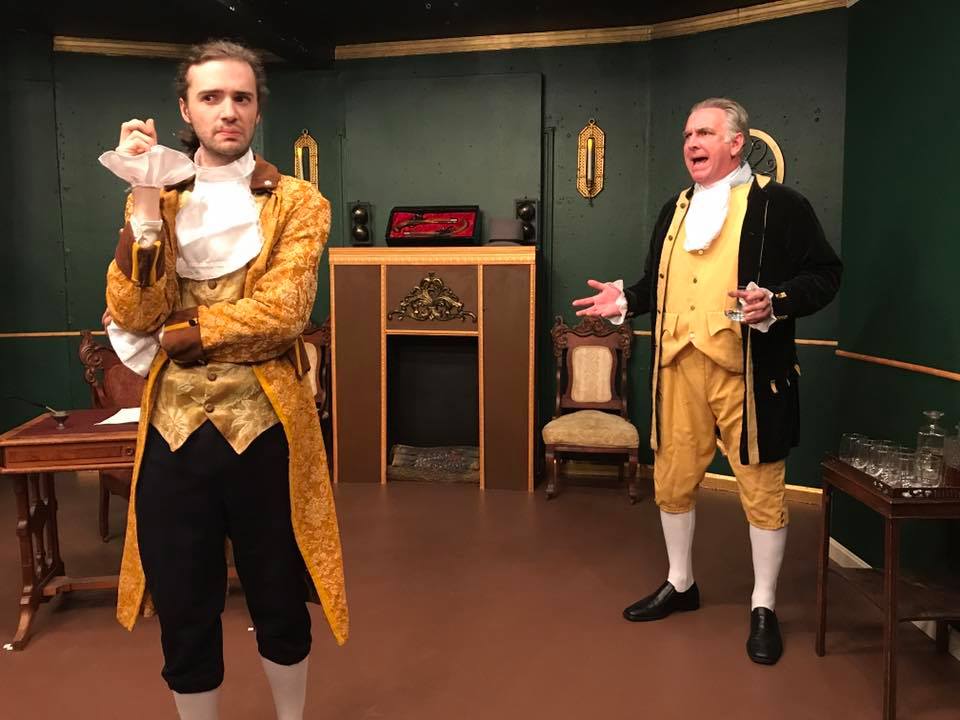