People who do theatre bond deeply, and they do it hard and fast. I once witnessed acting apprentices from Actors Theatre of Louisville a scant 48 hours after meeting, party like a true band of brothers, with no history together and only taking the first steps into the crucible that will test those newly forged relationships, yet they clung to each with fierce loyalty born out of the hope of doing great things.

That dynamic can be found in the experiences of many people who have moved through the Walden Theatre program through its 40+ years of teaching theatre to students between the ages of 8 and 18, and when you take a moment to imagine that experience intersecting with Coming of Age, you begin to understand why the time at Walden Theatre is not just a crucial experience but the foundation for so many students’ entry into an adult life. Some of them will be returning to participate in A Night of ACTING UP!, a fundraising event to benefit children who cannot afford arts education programming on their own.

After merging with Blue Apple Players, the program now lives under the banner of Commonwealth Theatre Center as Walden Theatre Conservatory. Louisville professionals from the Fund for the Arts NeXt program are involved with the event, which will feature performances by Walden Theatre Conservatory alumni from throughout the program’s history, including CTC Artistic Director Charlie Sexton plus Donald Kimmel, Maggie Mudd, Lethia Nall, Emily Albrink, John Austin Clark, Neill Robertson, and Becca Willenbrink.

These short theatre pieces will be presented as a tour staged in different rooms in the building, while the Nancy Niles Sexton Stage will host musical performances from Carly Johnson (Walden Theatre alum), a talented jazz singer who dips into soul and rock, and Wax Factory, with an energetic cover repertoire ranging from Kool and the Gang to Madonna to No Doubt to Bruno Mars.

If you attend, you are encouraged you to dress for the decade of your teen years, with a warning that there may be a contest. Instead of a traditional silent auction, you can buy a balloon to pop with rewards inside and partake of a range of culinary options from Feast BBQ, Ciao Ristorante, Mayan Café, Wiltshire Pantry, Sweets by Millie, and more. 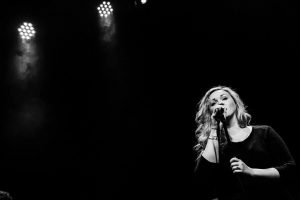 A Night of ACTING UP!