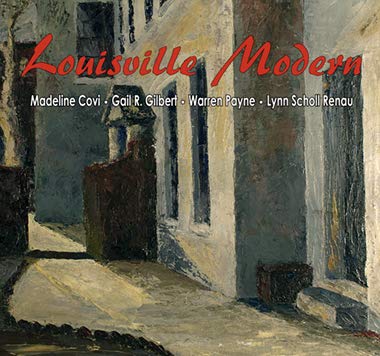 Louisville Modern: an era in art

Most people living in Louisville might imagine that local art history begins around 1970 and the halcyon days of Julius Friedman posters followed by Ed Hamilton’s rise to national prominence with commissions for Joe Louis and the Amistad Memorial. Maybe they know about Mary Ann Currier, who was a teacher of many noted local artists and whose work was purchased by the Metropolitan Museum of Art, or Bob Lockhart, who taught at Bellarmine University for over 40 years and whose animal sculptures at the Louisville Zoo must be counted as some of the mst accessible and engaging public art, seen by literally millions of people.  But if the men are the first to come to mind because of the arguably bigger reputations, that characterization does not represent the splendid mix of both men and women that dominate the visual art landscape of 20th century Louisville.

The main text is by former Hite Institute art librarian Madeline Covi, who knew many of the individual artists featured in the book personally. Her writing is determinedly academic, however, framing the continuum of artists, teachers, and organizations with a dispassionate tone. Still, there is a sense of the building of community, a shifting landscape of residual creative legacy accumulating into a peak just after the mid-century.

After Covi’s “eyewitness account” the book highlights 40 artists with individual summations of their career and impact on the local and national arts scenes. Iconic figures such as Barney Bright, Sam Gilliam, and Mary Spencer Nay are included here, but perhaps more importantly equal attention is given to less known artists like painters Orville Carroll and Mary Louise Baringer, who was an early advocate for corporate art collecting, or the bulky but still expressive mass of sculptor Romuald Kraus’s figures. And the untitled oil painting shown by Eugene Leak, Jr. here seems as fresh as the work of any contemporary painter.

There are one or two notable omissions that come to mind. The aforementioned Mr. Friedman clearly doesn’t fit into the category of Mid-Century Modern that is the book’s mission, and one might argue for Ann Stewart Anderson’s inclusion here, although the timing of her development might have placed her just outside of the timeframe, and the worth of Louisville Modern relies upon a stringent academic thesis.

Aside from a thumbnail assessment of the work, Louisville Modern builds a narrative of a series of Mid Century Modern artists who built a community. The Art Center and Louisville Visual Art Association figure prominently in that story, as does the Hite Institute, named for Allen R. and Marcia S. Hite, who, to judge by the illustrations in the book, was an interesting painter. These were important artists, but their activity outside of the studio resulted in the institutions that still frame and dominates the visual art scene in Louisville today. We stand on their shoulders but hardly know them. This book seeks to correct that. 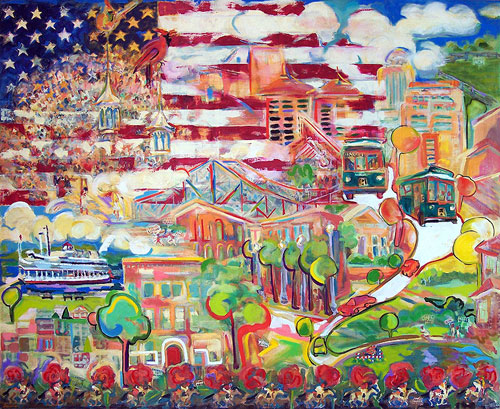