I cannot help but feel that anything I write here will be inadequate, but Julius would never accept that excuse.

Julius Friedman’s importance to the cultural life of Louisville is perhaps incalculable. He was one of the central figures in a generation of artists that framed not only the key development of local visual art in the 1960’s and beyond, but also his work as a poster designer made the idea of iconic images commonplace in the identity of most every major arts company in the city during that period.

It was high cotton for Louisville arts in the 1970’s: Actors Theatre rose to be one of the preeminent regional theatres in the United States, the Louisville Ballet twice hosted Mikhail Baryshnikov, what was then called the Water Tower Art Association experienced an expansion that merited a name change to the Louisville Visual Art Association, and Julius Friedman’s work represented these organizations and the growth of culture in Louisville. The ballerina’s foot balanced atop an egg, the primary-colored egg yolks – such images reached well beyond this region, achieving international recognition and putting Louisville arts and culture on the map.

In 2016, the Frazier Museum hosted a 50-year retrospective of his work. The exhibit included over 200 posters (of course) but, to no one’s surprise, it was dominated by brand new work in a unique installation, and another room devoted to a developing film project. It also included a significant volume of work from his last publication, The Book. Julius never stopped working, and some of the finest, most provocative images of his career originated in the last few years of his life.

Before I got to know Julius, I had been warned that he was a prickly pear who could be demanding, and that I should tread carefully. The truth was that he loved meeting new people, and immediately engaged me in a lengthy conversation about the Louisville art scene and his desire to see the city do more to promote visual arts as much as they did performing arts. It was a favorite topic that was often revisited, just one example of his strong-minded opinions, and I count myself fortunate to have been an audience for those opinions many, many times.

Julius was a true mensch, a top-flight artist and designer, and an influence on artists of his own and succeeding generations. He was so long a vital part of the cultural landscape in Louisville, and his passing leaves a hole that may never be filled. 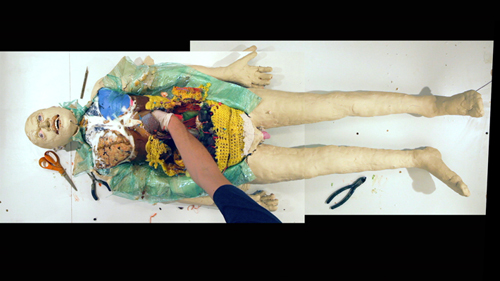 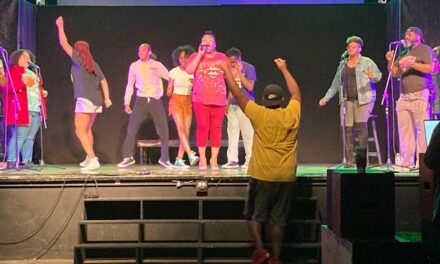