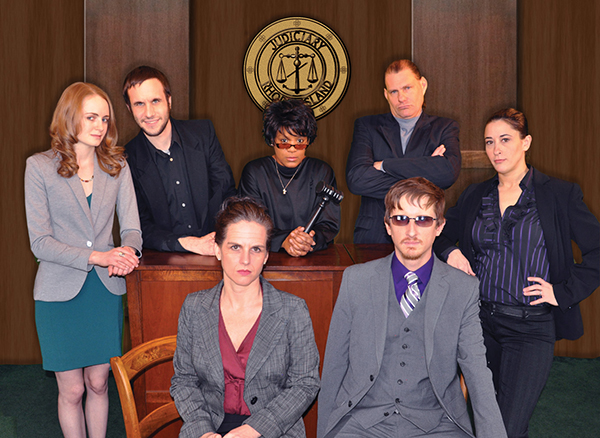 The cast of Reflections: The Darkening Web. Photo-WhoDunnit

It was a cold, dark and snowy Saturday evening and a gathering of people were sitting at tables in the ballroom of the Ramada Plaza Hotel, seats arranged stage forward to a set for a court proceeding.  As diners were enjoying their first course, amiable characters would come up and introduce themselves and offer information about who they were and generally chitchat. So begins an evening at Louisville’s WhoDunnit Murder Mystery Theater.

And this is what it sounds like. A murder case needs to be solved. You become the detective – the private eye – the gumshoe. And no you do not have to use a magnifying glass or wear a badge. Think of it as a game of Clue.

The gavel bangs the desk and the proceedings begin. This is a murder mystery surrounding the death of a local man of questionable business acumen. The Prosecutor, Morgan Farewell (Jane Mattingly), presents the last of her evidence to the court after which the defendant, Joan Battaglia (Stacie Martin), the ex-wife, rises and says that she wishes to plead guilty and read a statement, although her attorney Dante Andino (Brian Kennedy) argues against it. As Ms. Battaglia reads from her confession gasps of disbelief and cheers of gladness come from the courtroom’s audience. Judge Gwynneth Reynolds (Marquita Howerton) accepts the plea and renders her verdict and sentences Ms. Battaglia and is taken away but not before her son Aidan Gallagher (Arthur Patrick Brophy) comes to say goodbye.

Andino and Farewell talk with Judge Reynolds a bit about their feelings about the case, and Detective Coletta Scott (Erica Goldsmith) brings her thoughts in too. The verdict stays. Meanwhile, Aiden and his business partner Len Pulner (Tom Staudenheimer) meet to discuss the next step of their business. End Scene 1.

One of the rules of WhoDunnit is that you can ask questions of the characters, even ask them if they are the killer. Of course they will say no, but as it states in the program, that is the only time that they are permitted to lie. For other questions, they must either evade the question or tell you the truth. What fun it was to listen in on neighbors’ questions that they would ask of the characters as they went from table to table, including mine as I enjoyed my conversation with Aiden and his song and dance and that he was a flirt, all while his partner Len was coming up to try and sell me some product. Det. Scott followed soon behind, with her thick New England accent, and scared the two businessmen off.

As Scene 2 begins we learn more about the history of Ms. Battaglia and her son Aiden and the web of controversy that they are a part of in the Newport, R.I. community. And what exactly is their business and what does Len do? And what about this song and dance that Andino and Farewell seem to have with each other? Is there an attraction? Are they frenemies? Just as you are reviewing your deductions and think you have the mystery solved, there is another murder, and Det. Scott makes another arrest for the murder of yet another business associate.

The room becomes abuzz with tables having conversations about who they feel committed the crimes and then WhoDunnit personnel come around and collect cards that have your solutions on them. Oh, did I not mention that there are prizes for who comes up with the right answer?

Scene 3 begins with the Grand Jury trial of the latest accused, and the audience becomes the Grand Jury, with some of them given speaking roles and much to my delight, speaking off the cuff. That was a delight. As you can guess it is an interesting proceeding and many pieces of information are discovered that were not so obvious earlier. Suffice it to say that it was a great ending.

The WhoDunnit cast and crew was top notch and it looked like they were having a great time, as was the audience. It was apparent that they worked hard on creating their personae including their New England accents. It was a very entertaining evening of food, fun and sleuthing and a great addition to the Arts community.

By the way, yes, I figured out who the murderer was!

Editors note: WhoDunnit shows are sometimes double cast and might feature some alternate cast in other performances. 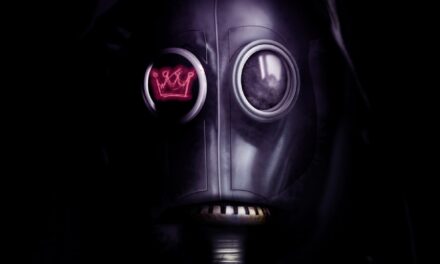 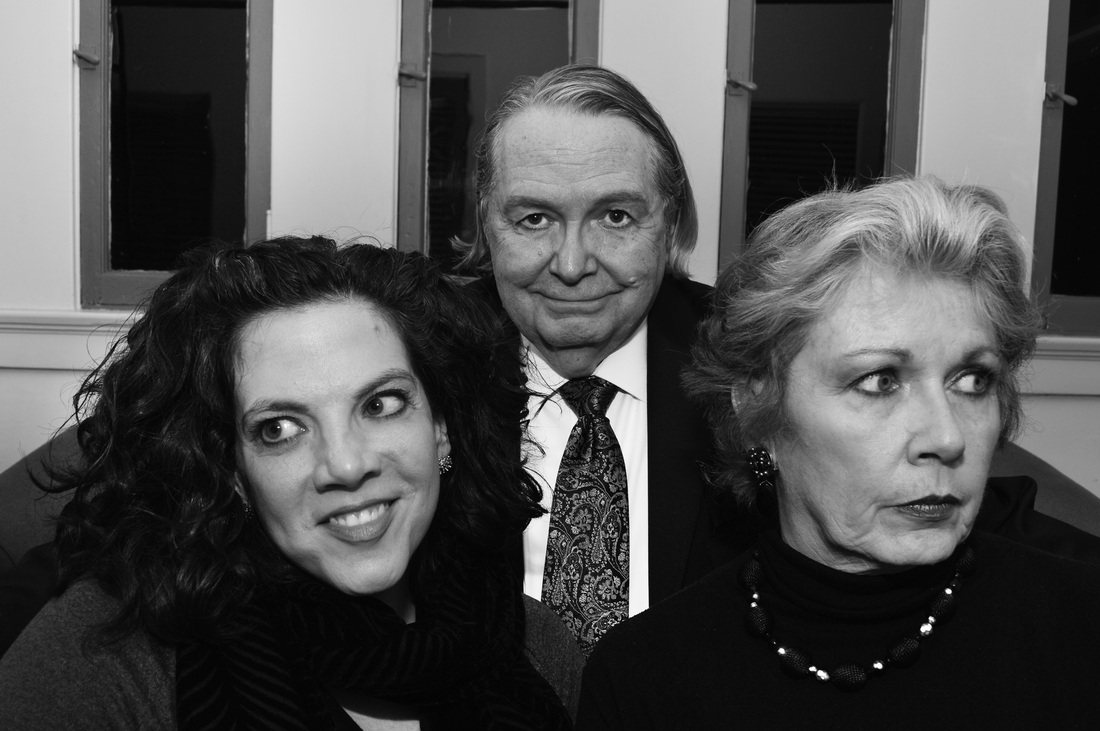 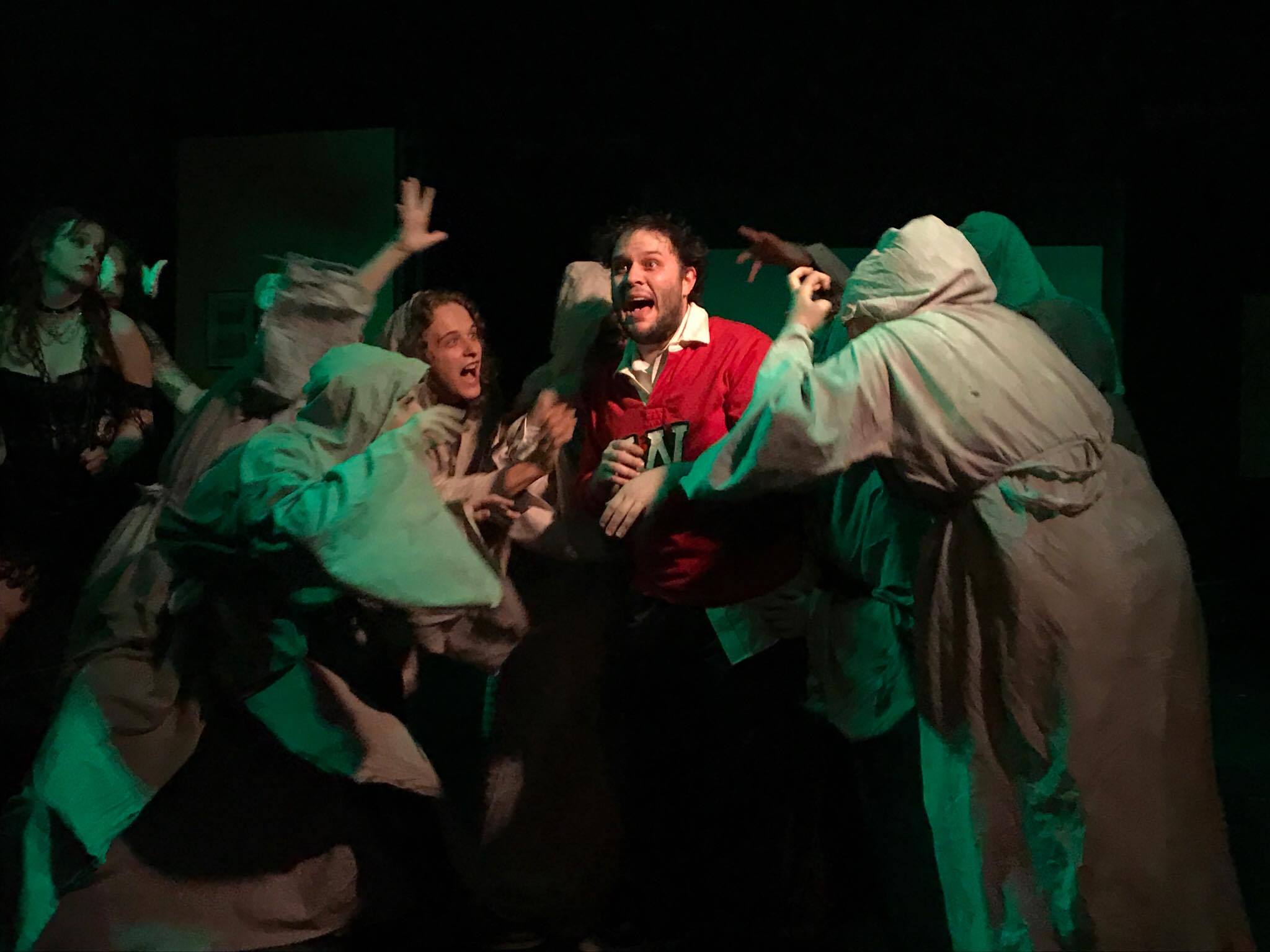