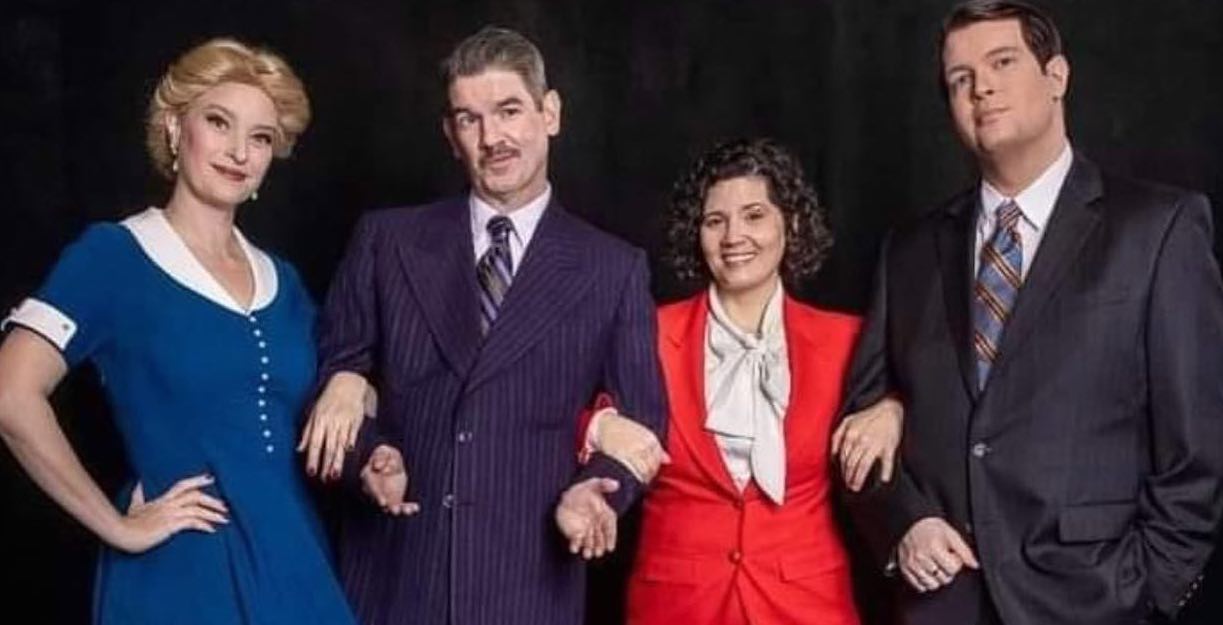 Picture a world where fast-talking, dice rolling gamblers are articulate schemers, nightclub dancers suffer from psychosomatic head colds, and a simple bet turns a salvation mission upside down. Damon Runyon’s characters provided an escape for post-World War II America in the midst of the baby boom and the rise of Communism throughout Europe. It is no wonder that these stories are recreated frequently over the last century in the beloved musical Guys and Dolls. Mind’s Eye Theater marks their return to the scene after two years serving up comforting nostalgia with each familiar tune.

Smartly equipped with a pit band, director Jenn Starr takes on the task of bringing this big show to life with some really great musical numbers. Although the acoustics at Art Sanctuary leaves much to be desired, the singing was lovely and clear with body mics . Signature show stoppers like “Sit Down, Your Rocking the Boat,” “Take Back Your Mink” and the titular “Guys and Dolls” are approached with earnest effort in staging and tremendous energy. “Luck Be a Lady” and the dance-heavy Havana and Crap game sequences show off the skillful choreography and movement by Kelley Brady. The entertainment value is high and worthy of applause.

The script for Guys and Dolls is littered with equal parts dated cultural references and broad humor. While the source material could be lost on a younger, more woke generation, the comedy moments provide the cast plenty of opportunities for setup and punch line. At times the comedic moments soar, other times the beats are stumbled through and muddled. While the production embraced the optimism of old-timey Broadway musicals, it seems that the broad humor might have been overlooked, foregoing moments of Runyon’s cartoony fantasy land.

Several performances stand out and embrace the full-on musical comedy genre. Valerie Canon’s Miss Adelaide is a love-sick nightclub star who at first comes across as ditzy but shows her savvy in “Adelaide’s Lament”. She brings nice chemistry with Greg Collier’s Nathan Detroit. Collier is hyperactive and scheming with each attempt to plan and hide the big crap game. Sarah Tonini and James Thompson deliver nice vocals to Sky Masterson and Sister Sarah Brown. Tonini has fun as the uptight mission doll who is more interested in saving sinners than meddling with gamblers. Thompson’s Sky Masterson is at times too stoic but hits his stride by the second act.

Magnolia Hensley brings some unexpected slapstick comedy as Agatha, the overly enthusiastic mission doll. Darren McGee’s Big Jule is a tough brute looking to shoot craps with his own dice and Dustin Behr’s Nicely Nicely Johnson brings adroit comedic touches as he assists in and covers up Nathan’s plans.

Guys and Dolls is a perfect representation of classic Broadway shows. Before the era of Hamilton, Wicked, and jukebox musicals, you had these dance-heavy spectacles where the boy gets the girl in the end and the showstopper is reprised by the whole cast at the finale. By the end of the show, everyone lives happily ever after. And isn’t that what we need right now? 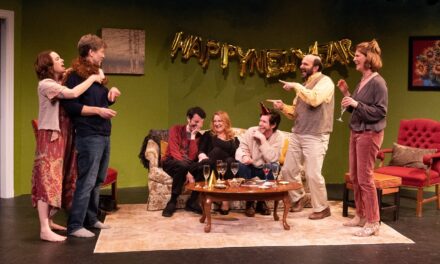 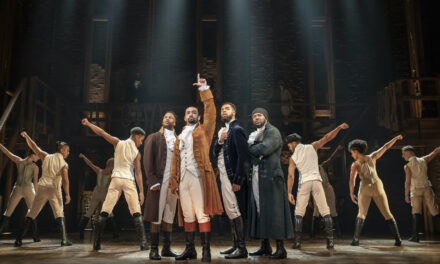 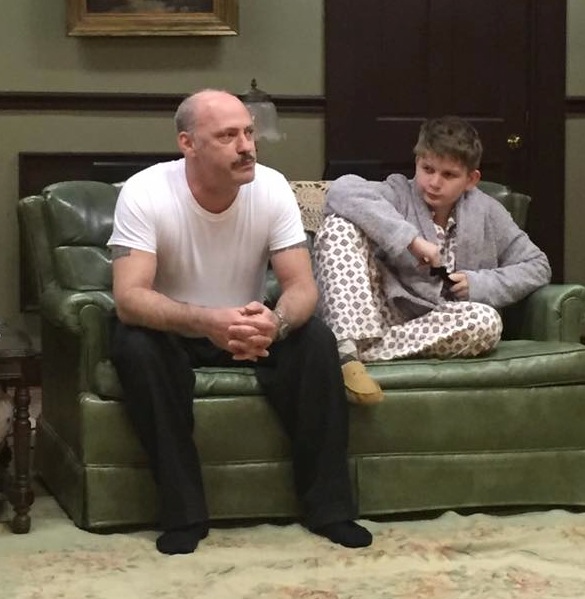