Last night I was able to catch a performance of Romeo and Juliet at Walden Theater. I must admit that I came into the theater with a few preconceived expectations. Having seen many clichéd and rather stale renditions of the Bard’s tale of star crossed love, I had mixed feelings going in. Luckily, I can say that the young actors bring their A-game in this fresh take on the tragedy.

For starters, director Julane Havens creates a world for her young lovers to remain constant while the chaos and violence whirls around them. Subtle red and blue accents explain who is affiliated with Capulet and Montague without being obvious, letting the audience decipher the difference between the opposing sides. As for the monolithic set structure, Clay Marshall has constructed a spinning scaffold that is utilized for the young actor’s benefit while remaining understated.

This is a play chock full of emotional performances. As these actors are approximately the same age as the title characters, it is clear that the themes of infatuation and belonging resonate. As Romeo, Ciaran Brown is a stubborn and emotional romantic lead that strongly plays on the title character’s impulses. Emma Pfitzer-Price provides a Juliet who is level headed yet naive in the ways of love. As a couple, Brown and Pfitzer-Price produce a compelling energy of a magnetic and doomed infatuation.

The rest of the cast provides the same emotional energy in their supporting parts. As Mercutio, Brooke Morrison is a foolish teenage clown who provides a spirited performance. Janice Partee brings sass, attitude, and maternal instincts as the nurse, providing a great foil for Hallie Riddick’s icy cold Lady Capulet. Ariana Payne’s Friar is a mature voice of reason with advice and wisdom. Will DeVary is a passionate Tybalt, full of rage and anger, worthy of the title “Prince of Cats.”

This is one performance that has done well to breathe a new life into the sometimes tiresome script. And with young actors who filled the stage with angst, infatuation and pure emotion, this cast really makes the play an original. 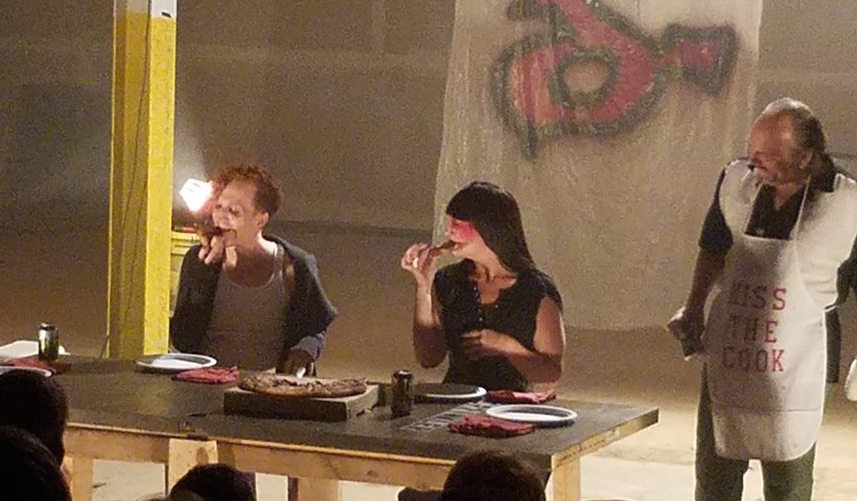