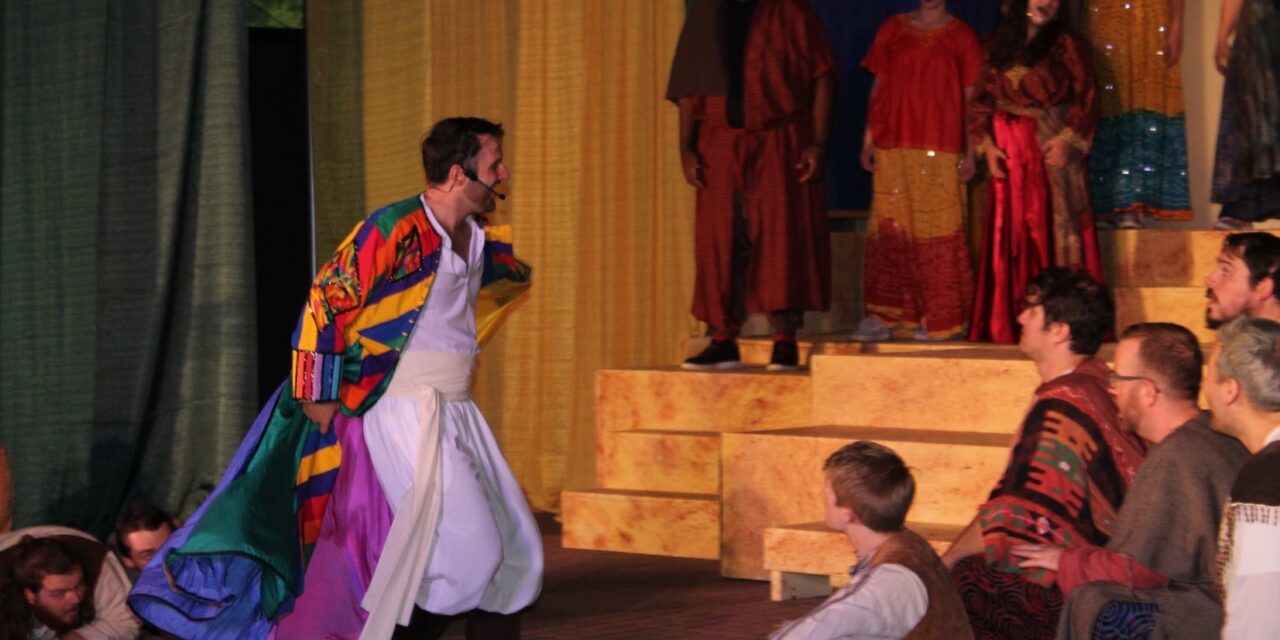 As the saying goes: “The Show Must Go On”.

The Jewish Community Center’s (JCC) long standing theater program CenterStage, now with a bit of different branding, faced a few challenges before the launch of their new 2021-22 season. While performances are commonly held at the JCC, it was decided that perhaps that is not the best idea, so after an exhausting search they were able to secure the Pavilion at the historic Farmington Plantation.

Still, a stage and all of the paraphernalia that accompanies the production must be acquired and installed: raised stage, lights, costumes, drapery, sound, etc. Enter the calvary of businesses and associates such as Austin Seeley and Varsity, Sharon Murray and Derby Dinner Playhouse, Nick Stevens and Downtown Recording, Sullivan University and a host of others who pulled their collective talents and resources to make sure that the “footlights” of the stage shown once again for CenterStage.

If there is anything to learn from being in theater and the Arts, in general, is that there are times that you need to change, adapt, and evolve. It is through these measures that we can learn lessons and go forth armed with more knowledge.

Joseph and the Technicolor Dreamcoat, also known simply as Joseph, is the first publicly performed collaboration between composer Andrew Lloyd Webber and lyricist Tim Rice, who have given us long standing musical entertainment. The story is based upon the Biblical tale from Genesis of Joseph and his brothers and the coat of many colors.

Joseph is the favored child among the 12 sons of Jacob and is given a magnificent coat. Like many siblings they become jealous of Joseph and sell him to a traveling pack of Egyptians who take him as a slave. As Joseph is led away the brothers tear the coat apart and concoct a ruse to their father that Joseph had passed by sharing the torn garment stained with goat’s blood.

Though his life started poorly in Egypt Joseph eventually found favor with the Pharaoh after he interpreted a dream that none of his scholars could explain. As Joseph rose to a status of respect and admiration, he stayed humble and true and as his kinsmen came to ask for help, he offered compassion and forgiveness.

I think we can all agree that we need compassion and forgiveness in our lives and Joseph is a lovely way to celebrate that basic human need.

Unlike many musicals where there is spoken dialogue interspersed with musical numbers, the story is pretty much sung all the way through, save for a few lines here and there. Lucky for us, these pieces can be rather catchy and have become earworms over the decades. It also helps that you have a talented cast of performers on stage to deliver the musical punch.

While Joseph, played by Landon Scholar, is the name-sake character, the role of the Narrator is the most demanding. Shea Leparoux did quite an admirable job in navigating the story through song and actions. She was confident and sure in her performance and it showed. Even when there was a glitch with the tech and a musical cue, she kept her head about her and took care of business, even getting a “you got this Shea” shoutout from an enthusiastic audience member.

As one can imagine, with 12 sons of Jacob, 11-12 wives and/or sisters, and a small children’s chorus, there are a lot of people up on stage. I was bemused watching the troupe as it was evident that at times they were concentrating hard on what their next move or note was. Such is the case on many openings.

Wesley Thomas, who played Reuben, was a lot of fun in his delivery of “Canaan Days”. However, he seemed to utilize a range of dialects within that piece: French, Italian, Spanish and Yiddish. It was still delightful and one of the powerhouse pieces, made better by some wonderful harmonies by the brothers.

Soloist Evan Kerr, who played Asher, seemed to lack a little umph in his solo during “One More Angel in Heaven”. An enjoyable voice, but could have used a little more energy. His stage wife, Sarah Tonini, did well in hitting the higher register.

Carson Mehlbauer’s turn as Benjamin was also a bit of fun with “Benjamin’s Calypso”, giving it an island feel with a perfect shoulder shimmy. And while the whole of the audience couldn’t really hear him because of a microphone glitch, I was able to catch a nice voice coming from the gentleman who served as the butler, Tyler Akin.

Unfortunately, I could barely understand any of the lyrics from Trent Byers’ Pharoah. I am not sure if it was a mic or sound system issue. So that was a little disappointing as I could again hear a pleasant voice underneath the static.

Other supporting characters who did well were Marcus Fisher as Jacob/Potiphar and Madison Case as Mrs. Potiphar.

As to the mostly female chorus, including the children, nice job and a pretty good balance, save for a few singers who stood out a bit more. The harmonies started to blend more as the evening went on.

As for Mr. Sholar’s turn as Joseph, with a golden throat and a shiny smile, he was the embodiment of what one would want to see and hear in this character. Even though there were times that his lyrics didn’t come through with clarity, he was clearly enjoying his time on stage.

There were so many great moments that occurred throughout the evening and many humorous props. I was impressed with some of the choreography by Molly Kays. On the other hand there was a problem as to staging that was hard to get around. Because of the chorus in the front, a moment such as Joseph’s encounter with Mrs. Potipharit was hard to see even on the slightly elevated stage.

As for design work, the lighting from Nick Dent was good, save for a couple of spotlight placements. Sound design by Cal Reed and Nick Stevens filled the space well, except for a muddled prologue and occasional microphone/audio problems. It happens. Musically, I believe that John Spencer did great in his assemblage of talent.

There is certainly a reason why this family-friendly work is performed thousands of times a year around the world; hope, resilience, forgiveness, family and love. A reminder of the important things in life. 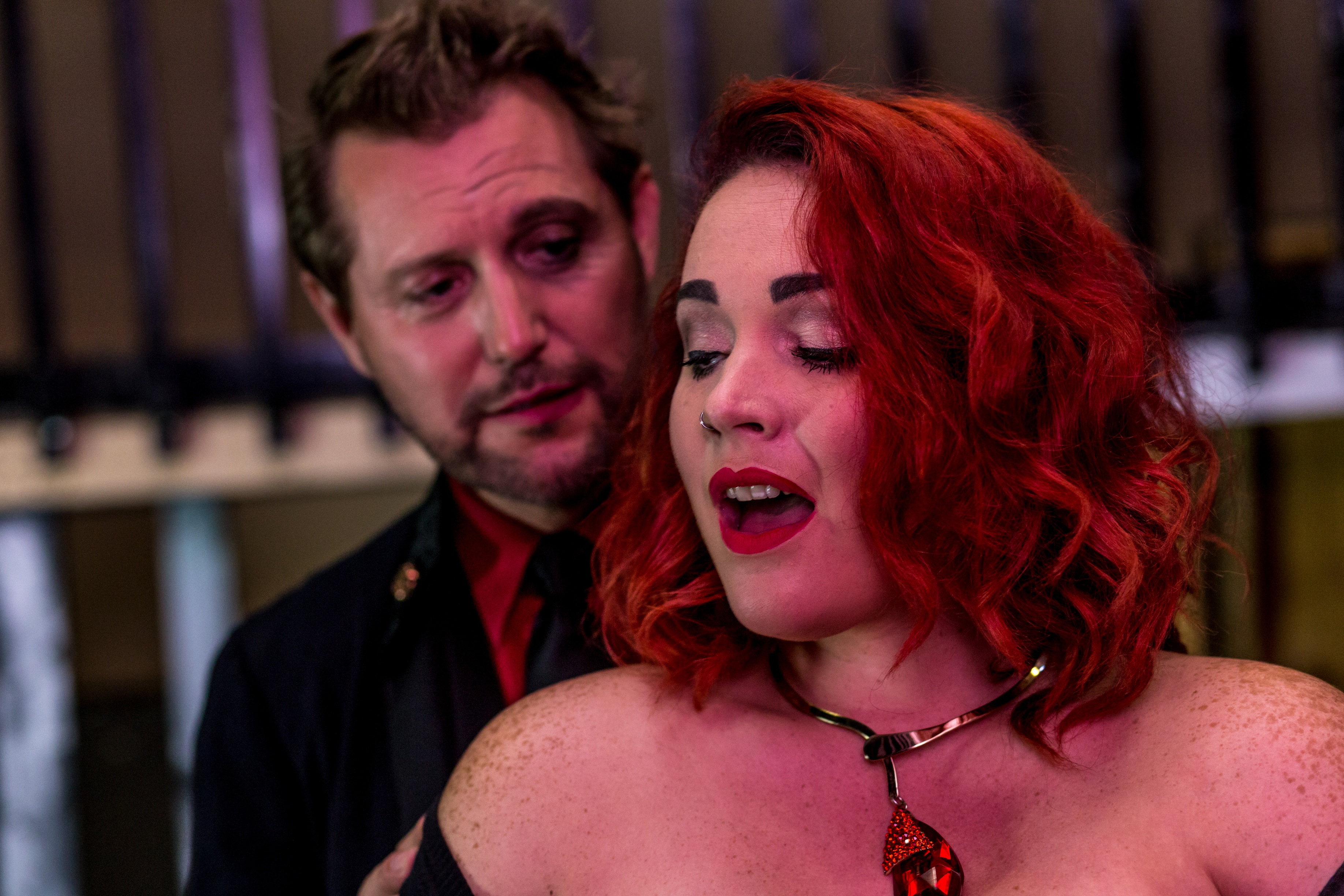 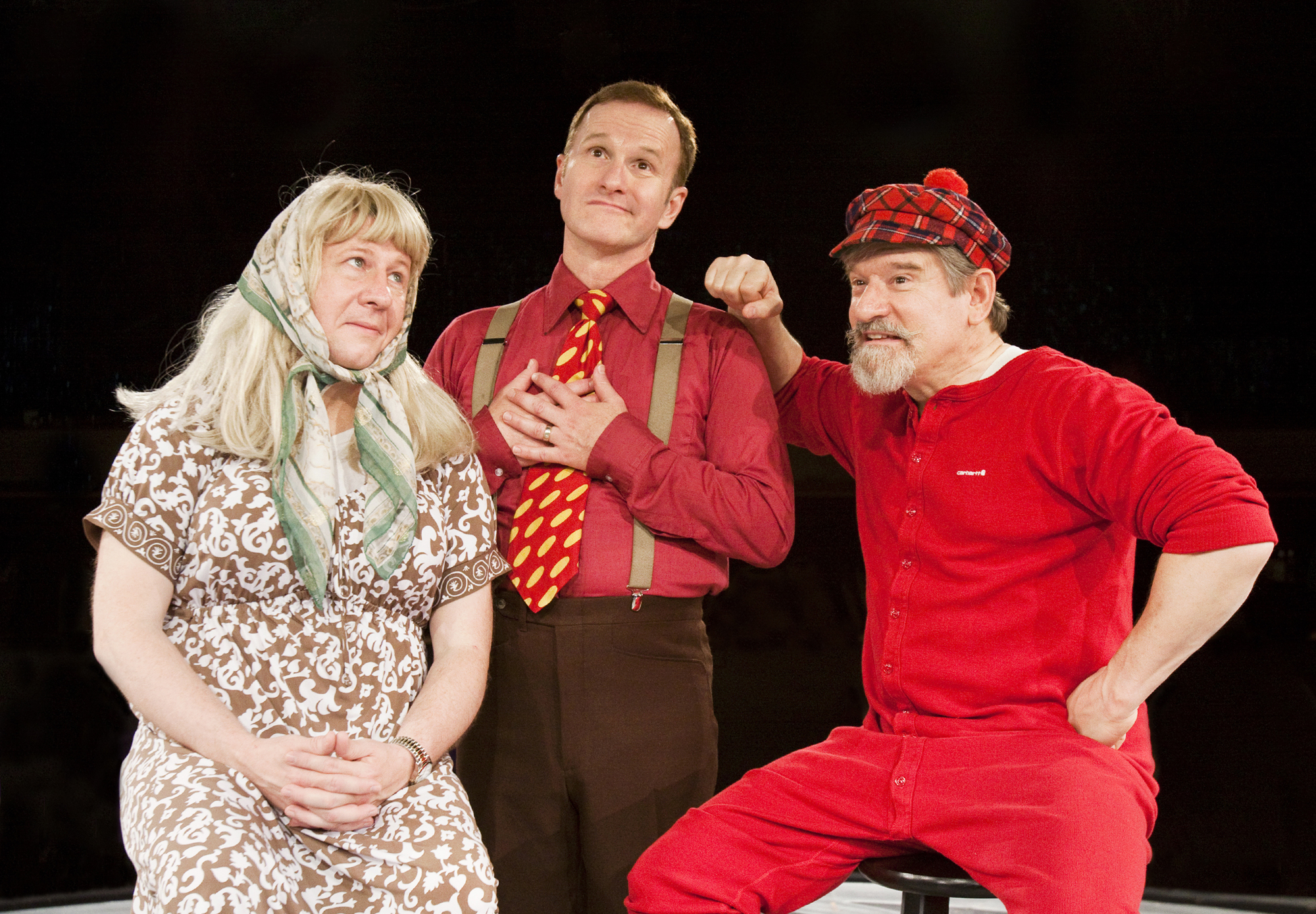